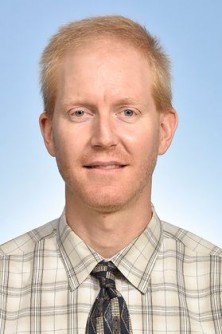 A West Virginia University professor who has investigated behavior change as a critical component in mitigating gun violence in U.S. schools is warning about potential far-reaching, long-term impacts on kids if, what he sees as a “persistent public health crisis,” remains unaddressed.

Keith Zullig, a researcher in the WVU School of Public Health, has focused his work on adolescent quality of life, substance use and intervention methods, but the lens through which he’s predominantly viewing the aftermath of the May 24 mass shootings at Robb Elementary School in Uvalde, Texas, is that of a father.

“At some point, if it is not already happening, this is going to operate as a ‘slow burn’ in the back of our children’s minds, resulting in them no longer feeling safe. Maslow’s Hierarchy of Needs tells us that when people’s basic needs, including safety, are not met, it becomes more challenging to advance to higher-order tasks that make being a human special – like sense of connection, love, friendship and a desire to become the most that one can be.”

“We know the solutions and have plenty of examples from around the world to model. Japan has the strictest gun laws in the world. In 2019, their gun death rate was .02 per 100,000 people, compared to 4.12 per 100,000 in the U.S. Moreover, research suggests child access prevention laws display the strongest evidence of subsequent reductions in firearm deaths when compared to right-to-carry and stand-your-ground laws.”

“Children are our most valuable national treasure, but we continue to let them down and leave them vulnerable, especially in places where they should feel safe and protected so that the joy of learning can capture the imagination. Instead, yet again, my wife and I — like so many parents — had to talk to our nine-year-old son before putting him on the bus about what happened in Texas to help him process why his school conducts intruder drills.”