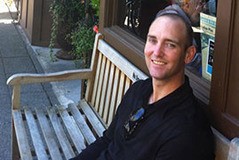 Newswise — Speaker of the House Paul Ryan’s decision to retire is likely rooted in fears that he could lose his seat in the upcoming election, that the GOP could lose the majority—or both, according to one West Virginia University expert. American politics expert Jason MacDonald says Ryan is calculating the number of House Republican retirements and weighing his own political future.

“There are two findings from political science research that I think are especially relevant to understanding Speaker Ryan’s decision to retire. First, members of Congress—including members in their party’s leadership like Ryan—attach real value to being in the majority party (the party with the most seats in the House) rather than in the minority party. They can do things to enact policies they like and so forth. It’s also easier to raise money while in the majority. Second, members engage in “strategic retirements,” choosing to retire when they think that it is likely that they will face a tough reelection campaign—and maybe even be defeated. Given the large number of retirements by Republican members, the Speaker may be calculating that the Republicans could lose their majority in the 2018 elections. If this occurs, service in the chamber starting in 2019 would be less fulfilling for him in terms of his ability to accomplish his policy and political goals. Additionally, though it’s unlikely, the Speaker could be defeated in his district in his own race for reelection, as Speaker Tom Foley was in 1994 during a bad year for the Democrats. Were this to happen, it could take the shine off any future political ambitions the Speaker has—for example, running for president.”