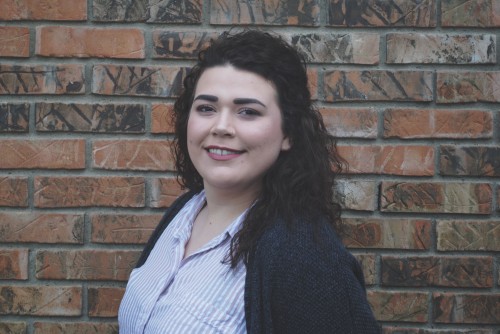 Newswise — MORGANTOWN, W.Va. — West Virginia University junior Ashley Brash is researching the effects of reproductive politics on women in West Virginia. Brash’s research focuses on interpreting actions by legislators and construction of arguments against abortion and allowance of access to reproductive healthcare.

The Oak Hill native presented her findings at the North Central Sociological Association conference in Pittsburgh, Pennsylvania, April 5-8 and at the WVU Undergraduate Research Symposium on April 14. She is a sociology and political science dual major with a minor in women’s and gender studies.

“I am looking at the different ways in which abortion legislation has been portrayed in the media, by the media outlets themselves and by the legislators,” Brash said. “I am examining abortion-related legislation introduced over the last 20 years, along with the news coverage associated with the bill in the Charleston Gazette-Mail.”

West Virginia has a single abortion clinic and a single Planned Parenthood clinic, which does not provide abortion services, according to Brash. This results in transportation challenges that are heightened by a 24-hour waiting period.

“Ultimately, I want to confirm that the political shift is what has led to decreased access to reproductive healthcare for West Virginia women,” Brash said. “I am looking for gender, race, science and class-based arguments for limiting access to abortion services in the state.”

With no prior research experience, Brash responded to an email facilitated by the WVU Department of Political Science that sparked the study.

“I did not expect to gain this much when I answered the email. I have learned that it is so important to just take that leap of faith and reach out,” Brash said. “I have always been passionate about the politically and socially driven facets of our society, and one of my goals in life is to never stop learning or furthering my education. It is amazing to have an opportunity to reconcile my passions with my academic career.”

Brash plans to expand her research nationally by merging it with data collected by Lynne Cossman, professor and chair of the Department of Sociology and Anthropology, and her team’s mortality research.

“Brash’s work this semester has shed light on reproductive politics in West Virginia. I look forward to continuing to work with her,” Cossman said. “We plan to construct a nationwide database to reflect access to services and merge that with a much larger spatial database centered around spatial health disparities.”

Brash is a 2017-2018 Eberly Scholar and recipient of the Eberly College Academic Enrichment Grant. She plans to use the grant to attend the Population Association of America meeting in Denver, Colorado. Brash is a member of the American Sociological Association Honors Program and will participate in the summer undergraduate research experience at WVU, which gives students who are planning to attend graduate school the opportunity to do research related to their discipline.

In the future, Brash plans to continue her education by completing a research-intensive master’s degree in sociology with the goal of obtaining a Ph.D. in the same field, focusing on political sociology, social movements and inequalities.