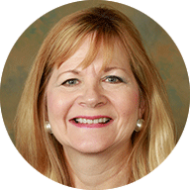 OVER 40% OF ANESTHESIOLOGISTS SAW CONTRACTS TERMINATED IN PAST SIX MONTHS

"This survey appears to confirm what we have been hearing from our members: that insurers may be forcing more physicians to be out of network to shore up their profits while negatively impacting patients"

A recent survey of anesthesia administrators and executive members of the American Society of Anesthesiologists (ASA) finds a majority of physician anesthesiologists pivoted from working in the operating room to treating COVID-19 patients in critical care units and ICUs, making the most of their expertise in intubation, ventilation strategies, and critical care medicine, which includes all aspects of resuscitation with multiorgan failure.
28-May-2020 02:40:52 PM EDT

Health insurance companies around the country are using aggressive negotiating tactics to terminate physician contracts, forcing physicians out of network with little or no notice and increasing the likelihood that patients will receive surprise medical bills. The American Society of Anesthesiologists (ASA) has implored Alex M. Azar II, secretary of the U.S. Department of Health and Human Services (HHS), to press insurers to reinstate terminated contracts and to implement a moratorium on cancellations and terminations during this national health emergency.
14-May-2020 03:10:09 PM EDT

The American Society of Anesthesiologists (ASA) urges Americans to protect our nation’s Veterans by asking the U.S. Department of Veterans Affairs (VA) to reverse its memorandum that dismantles the successful anesthesia care team, removes physician anesthesiologists from surgery and replaces them with nurses, lowering the standard of care for Veterans and jeopardizing their lives.
06-May-2020 01:05:53 PM EDT

“The question of how often you should test I think that is up for debate. It's a challenge because I don't think we have enough testing supplies to test everybody on a daily basis or weekly basis.”

“A lot of anaesthesiologists when elective surgeries were canceled, were redeployed to critical care units in some of the really hard-hit areas like New York and Boston and we actually converted operating rooms and used our anesthesia gas machine ventilators as ICU ventilators to supplement the ICU ventilators.”