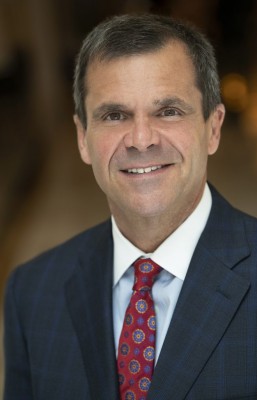 The Center of Attention

“The new location is very conducive to getting things done in town,” explained HCPA President and CEO Steve Caldeira. “Now, we can visit The Hill and talk to members of Congress about issues that are important to our industry.”

It’s critically important to use disinfecting products as they’re intended and according to the directions on the label. Disinfectants should never be injected, ingested, or even applied to the skin.

Tariffs and the Future of U.S. Manufacturing

Tariffs have had a negative impact on manufacturers, including the household and commercial products industry, which develops products that Americans depend on for health and hygiene.

“It would definitely hurt the consumer,” he said. “Increasing the cost of labor would lead to higher prices for the consumer, lower foot traffic and sales for franchise owners, and ultimately lost entry-level jobs.”

“We are grateful to Vice President Pence and his staff for their interest in how the household and commercial products industry is aiding in the fight against COVID-19,” said HCPA President and CEO Steve Caldeira.

This harrowing time is an opportunity to reflect on the values of equality and justice that we hold so close to our hearts, and ask what each of us can do—both individually and collectively—to support change for the communities that carry the burden of inequality.