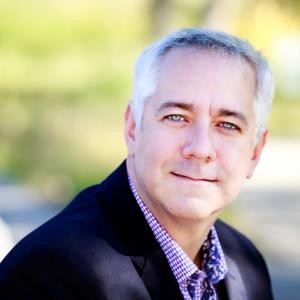 How to be Innovative on a Budget using Simulation

A New Take on Prototyping that Could Save You Millions

Leveraging Modeling and Simulation in Medicine at VisualizeMED

ASME’s VisualizeMED: Modeling and Simulation in Medicine will take place on April 14-15, 2021. This two-day virtual event is enabling the transformation of modeling and simulation in medicine by bringing together industry experts of technology and masters of technique who are effectively implementing it with the goal to increase the application and adoption on a global scale.
09-Mar-2021 12:30:48 PM EST

Using model and simulation allows you to investigate a wider range of possibilities for your device and look at different patient populations that you may not be able to get through clinical studies. It really allows you to make a lot of those design decisions early on.

Right now, with advances in sensors, processors and software and materials, there are so many different variables that can be changed for a particular design in order to change the overall effectiveness of a device.

Computer modeling and simulation can be brought in to augment whatever clinical data is available and really help retrain those algorithms so that we can use machine learning and AI in places where it may not have been otherwise feasible, and then use the clinical data to close the last bit of gap. If you train it to 85% accuracy with the simulation data, maybe close that gap and get it to a higher performing algorithm. I think that’s going to be a big part of the future of modeling and simulation—its role in training machine learning and artificial intelligence.

"To be able to use simulation and get these things to market faster, really in the end means that we’re bringing devices to market that are targeted towards patient populations that would normally have been ignored or had to have some sort of compromise in terms of devices and treatments that aren’t targeted for their specific disease state, but are modified from something else that already existed in the market."

"We’re finding throughout a lot of medical applications, whether its on the pharmaceutical side or whether it’s on the device side [...] [that] we’ve got to make that translation between what is needed from a patient standpoint, [...] and then how do we put that in terms of a design of a device".