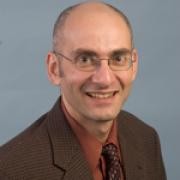 Get rid of leap days and start every year on a Monday: Johns Hopkins professors propose a new calendar

Start-ups: The Founding Team Is a Real Magic Bullet

Is Elon Musk Taking Tesla Into a Dead End?

The Most Successful Startups Mix Friendships and Business to Build Teams, Research Finds

New research in the Academy of Management Journal shows startups can foster team dynamics, fundraising and productivity, and maximize profit earnings through a hybrid formation strategy wherein founders both like each other due to shared values/experiences and have proper complementary skills/capabilities.
20-Sep-2021 01:00:29 PM EDT

Maryland Smith’s Rachelle Sampson is the inaugural recipient of The Panmure House Prize, an annual award of $75,000 to emerging leaders in academia who are planning to produce outstanding research on the long-term funding of innovation.
19-Aug-2021 06:05:47 PM EDT

With Bitcoin’s recent hot streak, finance expert David Kass and “Bubbles and Crashes” co-author Brent Goldfarb, both professors at Maryland Smith, share their views on the cryptocurrency’s viability as a market asset and currency for trade.
04-Mar-2021 02:10:46 PM EST

"It is extraordinarily difficult to change these sorts of conventions without some sort of government coercion, and even then, it is hard," Goldfarb said. "Just as the United States was unable to shift to the metric system, I see little chance that we'd change all our calendars, computer programs, and intuitive thinking to get rid of leap years and have a constant calendar."

"This is a win for Uber," said Brent Goldfarb, academic director at the Dingman Center for Entrepreneurship at the University of Maryland, College Park. "Putting in front of them an extra regulatory hoop or two to jump through isn't going to restrain them much. The basic model is approved."

"Just as the United States was unable to shift to the metric system, I see little chance that we'd all change our calendars, computer programs and intuitive thinking to get rid of leap years and have a constant calendar," he told the paper.

- Tired of Leap Day? Wish Christmas was always on a Monday? Get on board with the permanent calendar