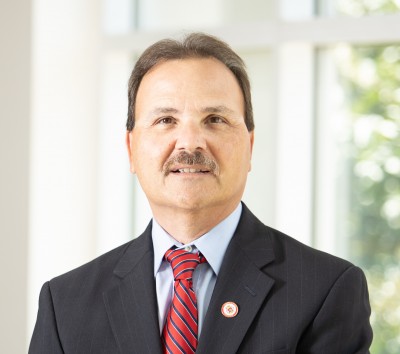 Professor of the Practice & Executive-in-Residence

The coronavirus is a problem data models cannot comprehend

HOW THE EQUIFAX HACK COULD CHANGE EVERYTHING

THE END OF LIBOR

THE DOWNSIDE OF THE CREDIT SCORE PROTECTION BILLS

IS IT TIME TO REFINANCE YOUR HOUSE?

Maryland Smith risk expert Clifford Rossi explains the extent to which banks are hampered by not getting to see the Federal Reserve’s stress test model and how this can affect the economy.
18-Jul-2022 03:10:43 PM EDT

Risk Leadership Series webinar on Feb. 17 will explore how CROs and Board Risk Committees work together in grappling with risk including that associated with ESG and DEI.
07-Feb-2022 03:15:25 PM EST

In the week following COP26, University of Maryland experts Tim Canty (Department of Atmospheric and Oceanic Science) and Clifford Rossi (Center for Financial Policy) will give insights on the latest IPCC climate change report and its implications for risk managers.
08-Nov-2021 08:55:36 AM EST

Finance Themes to Watch for During COP26

Experts Clifford Rossi and Leon Clarke at the University of Maryland lead a discussion on “Cracking the Code on Climate Change Economic Scenarios: Issues in Translating Physical to Financial Risks.”
08-Feb-2021 08:55:53 AM EST

Clifford Rossi, formerly a risk executive for the likes of Citi and Countrywide, directs an online series at the intersections of mortgage collateral valuation and risk management. Vigilance against deficiency in this area, he says, “is particularly critical as markets are supply constrained and getting the appraisal right is essential.”
12-Aug-2020 09:00:22 AM EDT

"When it comes to these episodic, fat-tail risk types of outcomes – like a pandemic or a financial crisis – those conditions remain outside of the range of what our models can assess accurately."

"The nature of that data is so proprietary and so personal, and in many ways, so intrusive, I would say that at the very least it needs to have a heightened level of regulation on it, at least as much as what the banks have."

Homeowners should calculate the difference between their current note rate, compared to the prevailing market rate. “The bigger the difference, the more ‘in-the-money’ you are, and the bigger monthly savings you are likely to see.”