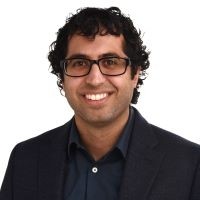 Will the Floyd protests lead to police reform? Here’s what we know.

What helps non-black people support Black Lives Matter? A signal from someone in their own ethnic group.

How the coronavirus pandemic helped the Floyd protests become the biggest in U.S. history

“Once Obama was elected and in the office is when you see the big changes,” said Maneesh Arora, a political scientist at Wellesley College who researches racial appeals in U.S. politics. “Obama became racialized and the Democratic Party became the nonwhite party.”

“They're trying to throw out ballots in Texas, they're rolling back early voting, closing polling places, just making it that much more difficult particularly during a pandemic, to safely cast a ballot. And so, something that we’ll have to really be focused on, after the election is over, and hopefully whether at the national level or at the state level, trying to fill in some of those gaps.”