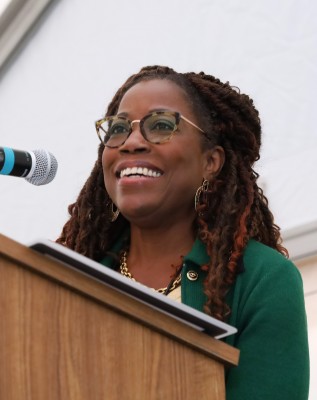 "She has certainly displayed what we call the judicial temperament. There's really no room for challenging her: her experience, her knowledge of the law, her expertise."

“We learned a lot about this country during the hearings—its promise and its failures,” said Marcilynn A. Burke, dean and Dave Frohnmayer chair in leadership and law at University of Oregon School of Law. “Today what we learned was that a Black woman with