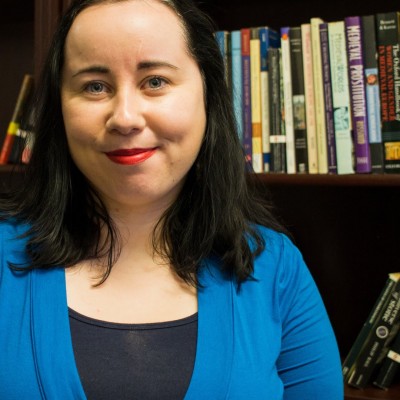 Notre Dame has always been the people’s cathedral: A historian explains the significance of the cathedral in the wake of a destructive fire.

Notre Dame de Paris was never the preferred cathedral of kings. French monarchs avoided it.Notre Dame was instead the cathedral of ordinary Parisians. Since the Middle Ages, it’s been the backdrop against which the city’s inhabitants have lived their live

What Not To Wear: The Strange & Scary History Of Women's Dress Codes

As far as medieval Christians were concerned, the existing social hierarchy was divinely mandated. If God made you a lord living in a castle, your clothing should reflect that; the same applied if you were the wife of a wealthy town merchant or a leper.

What Not To Wear: A Short History Of Regulating Female Dress From Ancient Sparta To The Burkini

George Washington: A Descendant of Odin?

George Washington: first President of the United States, father of his country, crosser of the Delaware, and descendant of Odin. This, at least, was the claim put forward by the late nineteenth-century genealogist Albert Welles.

In May 1756...Elizabeth Elstob left behind no family and few mourners, just some rooms full of ‘books and dirtiness’, as one visitor described them. Yet Elizabeth was a pioneer of medieval studies in England.

My Fair Lady? How We Think About Medieval Women

What happens if we take the medieval lady off her pedestal? What kind of woman do we see inhabiting the Middle Ages if we try to peel off the Victorian veneer of chivalry and politesse?