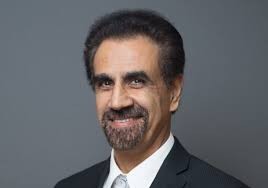 Newswise — BOLTON LANDING, NY – The enormous challenges facing K-12 and higher education and a turbulent job market were met with innovative ideas and new methods for success by leaders in both sectors at the CFES Brilliant Pathways “New Beginnings” Global Conference on Nov. 7-8 at the Sagamore Resort.

The 31st annual conference, hybrid for the second time, drew over 300 on-site participants and thousands of virtual attendees who heard from international leaders in business, education, philanthropy and government about new strategies, skills, information, and support critical to promote student success in a new college and career readiness paradigm.

“Political, cultural, demographic, health, and economic forces have created a perfect storm, which includes more obstacles than we’ve seen at any time in the 31-year history of CFES,” said Dalton. “But alongside these challenges are vast opportunities that exist for us.”

Dalton pointed to the fact that people with four-year degrees earn twice as much in their lifetimes as those with just a high school diploma. He addressed cost by gesturing to “an audience filled with a network of people committed to affordability and national models making college more affordable than any time in the past 50 years.” Audience members applauded his plans for CFES to continue to push Essential Skills like agility and perseverance.

“Our school has had a 20-year partnership with CFES and I’ve been part of this since the beginning,” said Jonathan Daly,  Principal at Eximius College Preparatory Academy in the Bronx. “We are enjoying a tremendous sense of renewal following the pandemic, which took a toll on us, like it did on everything and everyone. The sense of revival is very real and the conference title, “New Beginnings,” really resonates.”

“Students and their families are at an intersection: they need to understand the critical importance of net cost (tuition, room and board after tuition discount and other financial aid ) and the importance of finishing a four-year degree in four years,” said Clarkosn President Marc Christensen.

President Parwinder Grewal said Vermont State University is in the process of melding a traditional liberal arts college with a technological institution. “These are hard discussions, at a time when the nature of work is changing so quickly,” he said. “We are seeing the value of micro-credentials within a broader, more traditional academic field like a fine arts major earning a micro-credential in graphic art development.”

Students from CFES’ 200-plus schools across the country learned about careers and current space projects at NASA, the importance of Essential Skills and how to access and succeed in college from college professors and admissions counselors.

“In the last 50 years, we have moved from the Industrial Age to the Information Age, and now we are moving rapidly into the Artificial Intelligence (AI) Age,” said Scott Thomas, dean of College Education at the University of Wyoming. “The Essential Skills identified and promoted by CFES, in some important ways, allow humans to differentiate themselves and their role in the workforce from the Artificial Intelligence paradigm.”

Still reeling from the pandemic, students and teachers spoke of the need for inspiration and a renewed sense of hope. They got a heavy dose of both from keynote speakers Consuela Castillo Kickbusch, founding president of Educational Achievement Services, and Dr. Calvin Mackie,  president of STEM NOLA.

“For 25 years, I’ve been telling kids, ‘you gotta’ believe…you gotta’ have a heart…and you gotta’ have hope.’” said Kickbusch. “Never give up. This is non-negotiable.” Addressing educators in the audience, she said, “you are the first responders, you are our freedom fighters.”

Dr. Mackie, a self-described ‘eduvangelist,’ talked about the importance of mentors providing hope and guidance to students. “Growing up poor in New Orleans, I went from despair to a street called ‘Hope.’ My uncle was one of my biggest supporters… he said, over and over, that boy’s gonna’ be an engineer.  Hope is the only thing we cannot lose. Hope is that little voice in your head that says ‘Yes, you can.’”

Ray McNulty, longtime educator and president of the Successful Practices Network, closed the conference by challenging educators to look forward and embrace change on a daily basis.

“We need to lead the way in helping schools make the changes that are needed to better prepare students for the work of the future,” he said. “We need to be agents of change, not the objects of change. Adapting to changes after it happens is the old map. We need to anticipate and prepare for change.”

A global leader in helping low-income students become college and career ready, CFES currently works with 25,000 students through partnerships with 200 rural and urban K-12 schools and districts in 20 states and Ireland. Relying on research-driven methods and best practices, CFES has helped over 100,000 students from both urban and rural areas become college and career ready since 1991.