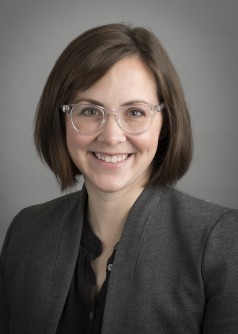 Newswise — MOUNT VERNON, Iowa – Public K-12 school board members have been thrust into the spotlight over the past two years as they find themselves at the heart of many heated policy discussions during the pandemic.

Cornell College Assistant Professor of American Politics Megan Goldberg and fellow researcher Karin Kitchens at Virginia Tech were awarded a $50,000 grant from the Spencer Foundation to explore what’s happening in boardrooms across the country and how board members are handling the pressure.

“When you suddenly overwhelm a set of elected officials with all of these extra tasks and this huge problem that they have to solve without any resources, there’s a concern,” Goldberg said. “We talk about COVID collapsing the healthcare system and collapsing all of these other things because it’s putting too much pressure on the system, so one thing we want to lo0k at is did this put too much pressure on school board members?”

The grant rolls out this summer, but the team got started last summer with a digital survey to 1,000 school board members from 10 states, which were chosen to capture diversity in state party control, rural/urban district, variation in re-opening plans, and variation in race and ethnicity of populations.

Cornell College sophomore Luke Baldwin, who plans to attend law school after he graduates, has been involved from the beginning.

“Last summer I helped lay the groundwork for the project by doing a lot of data collection as well as editing survey questions,” Baldwin said. “For this summer, I am really looking forward to working on the analysis of all of our data from last year. I think it is great that Cornell offers students the opportunity to work on research that is so pertinent to the real world!”

Goldberg said the team also already held follow-up interviews with dozens of school board members who wanted to continue the conversation beyond the survey.

“We talked to school board members who, previous to the pandemic, were making unanimous decisions and suddenly the board votes were much more divided,” Goldberg said. “It had become a really contentious, stressful job because more and more people were coming to meetings.”

The research focuses on a couple of big questions.

1) How did the partisan conflict and resource constraints affect who was most influential in shaping re-opening decisions?

2) How has this conflict affected the demographic composition of school boards?

They’re also digging deeper into the realization that the election scene is shifting due to COVID-19. Traditionally, school board meetings have been nonpartisan and candidates don’t run with a party attached to their name.

“These elections are changing in a lot of ways,” Goldberg said. “Now there’s money in school board elections. Interest groups are funding candidates to run; state parties or local parties are recruiting or helping candidates run. That’s the electoral connection that we are looking at. Is this driving school board members out because of the pressures? Is it increasing the competitiveness of elections? Are there influences in the elections that didn’t exist before?”

The team has some initial findings that show a large percentage of the board members are spending more time working with more stress and more involvement from the community. Plus, boards are mostly filled with people who get paid very little to nothing for their work.

Goldberg is looking forward to further analyzing the data this summer with her colleague and two students during the Cornell Summer Research Institute. She says, for now, their early findings reveal how important it is to communicate preferences with elected school board officials and for people to realize that a lot is asked of these local officials.

“Policies or institutional changes that take away experience, like term limits or not paying elected officials salaries, basically turn our local governments into amateurs,” Goldberg said. “And I don’t mean that in a disparaging way. I just mean that we don’t allow them the time or resources to become experts in policymaking. So when our local policies are inefficient or don’t make any sense, it might not be because you disagree with the person–it might be because you haven’t given your elected officials enough to do their job.”

Cornell College is a liberal arts college of approximately 1,000 students in Mount Vernon, Iowa. Cornellians have been living, learning, and teaching on the block plan, One Course At A Time, since 1978. Each 18-day course can take students and professors off-campus and even out of the country due to the block’s flexibility, and students fully immerse themselves in their topic of study, taking field trips, diving into research, creating an art exhibit, or exploring issues in the local community. With students from 48 states and 18 foreign countries, as well as renowned faculty, speakers, and entertainers, Cornell offers the world from its campus.