“I Truly Learned to Be a Leader During My Time at Humboldt State.”

Don’t write Sofia Pereira off as a small-town mayor. At just 30, she’s using what she learned at the CSU to make Arcata, California, a trailblazer in sustainability. 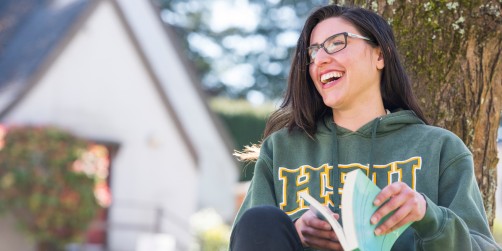 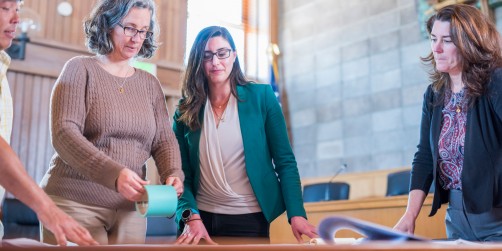 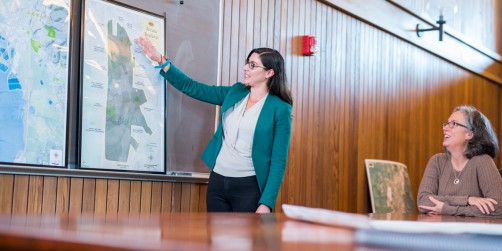 Newswise — Sofia Pereira was just 27 when she was elected to the city council of Arcata, a Northern California city of 17,000. Arcata is also home to Humboldt State University — the reason Pereira came to this lush enclave of redwoods and marshland a dozen years ago.

Like a lot of freshmen, Pereira didn't know exactly what she'd study at college. A self-described "quirky theater kid," she joined the campus' speech and debate team on a whim. From there, she worked as a student orientation counselor. Eventually, she became Associated Students president at Humboldt State.

Following her graduation in 2009, the former communication major and social advocacy minor took on internships and dove into working on local political campaigns, putting her on the path to Arcata's City Council. In December 2017, she was elected mayor and even now, at 30, she's the council's youngest member.

"My time as president of Associated Students was such a great experience of learning how to work with others to find common ground," says Pereira. "That is what I am doing today as an elected official."

Learning about watershed moments in U.S. history taught Pereira "to see a world that was much bigger than I knew," she says, adding that the faculty at HSU "taught me how to analyze political movements and how to utilize the best practices to make a difference. I truly learned to be a leader during my time at HSU."

These days, every first and third Wednesday of the month Mayor Pereira can be found at City Council meetings, fielding citizen concerns and town matters like addressing sea level rise or affordable housing.

One of Pereira's biggest passions is one she's been working on for nearly a decade: getting more women into politics. In 2014, she attended the Women's Campaign School at Yale University, a prestigious program that provides training for women who want to run for office.

She now serves as the community manager of She Should Run, a national nonprofit that's expanding the talent pool of women running for office. The group's goal is to encourage at least 250,000 women to get on ballots by 2030.

"If you're a woman who is thinking about running for office and don't know where to start, we are here to lay down the groundwork for you, support you and encourage you," says Pereira, who grew up in Santa Clara.

"And that can make all the difference in someone's decision to run."

She continues, the words spilling out as she warms to the topic: "With women making up less than one-third of over half a million elected offices in the United States, we need new voices in our government," she explains. "We can't expect to have the best policy decisions made if we're missing half the population at the decision making table. Our democracy thrives when we have diverse representation."

Pereira's mind clearly isn't just on this year's election or even 2020's. "As a young woman in elected office, I'm always thinking about what my role as mayor represents to young women and girls."

That's one reason she wrote her TEDxHumboldtBay talk, "Why Running for Office is Worth the Risk," which she gave in December 2017. The speech advocates for the need for new points of view in the country's political sphere. "It is a really exciting time to be a young woman in politics," says Pereira.

"I am excited to introduce new leadership and break the mold."

​An Even Greener Arcata

As a student, Pereira spent many study breaks rambling through the dense foliage of the redwood forest and beach near campus. She still runs and walks with her husband and dog on the Humboldt Bay trails.

"I came up here for Humboldt State, but ultimately the surrounding city and community is what has kept me here," she says with a smile.

As mayor, Pereira has clear goals, which include executing a Zero Waste Action Plan for the city. If successful, it will increase Arcata's landfill diversion rate to 90 percent by 2027. "Becoming a zero waste city is about making it easier for folks to reduce consumption and reuse, compost and recycle materials, instead of sending it to landfills," she notes.

It's an ambitious effort, she knows, so she has partnered with her alma mater. "Environmental stewardship and sustainability are ingrained in the culture at Humboldt State," says Pereira. "[My time on campus] inspired me to further work on issues surrounding climate change, including energy usage, water conservation and waste diversion."

"At Humboldt State I learned to be an agent for change — not just deconstructing the status quo, but how to best use my skills to effect change in my community and beyond."

Learn more about Zero Waste in the city of Arcata and Humboldt State's recent national recognition as a Top Sustainable Campus by the Association for the Advancement of Sustainability in Higher Education. 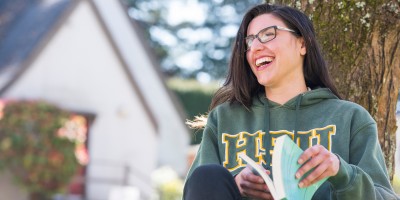 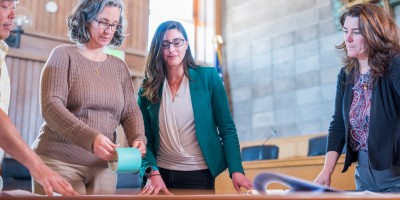 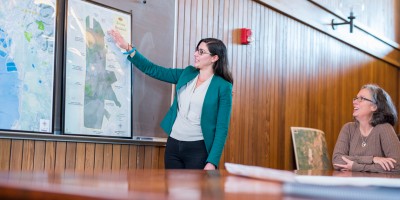