20-Feb-2017 11:05 AM EST, by University of Virginia Darden School of Business
favorite_border 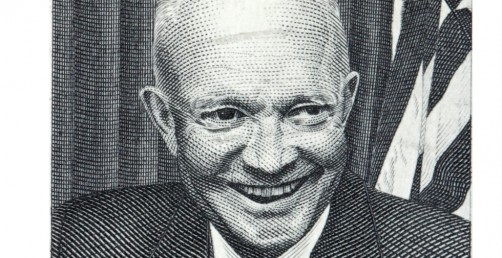 Darden Professor and Dean Emeritus Bob Bruner has not just reflected on these leaders, and not just for a day; he’s formally researched their qualities and delved into one of the most interesting facets of their leadership: general, prevalent optimism.

The Caliber of LeadershipA financial economist by training, Bruner says that over his 10-year tenure as dean, he came to vividly appreciate that caliber of leadership, “more than finance or any other business specialty,” is essential to the success of a team and its enterprise. Now that he has resumed his professorship at Darden, his research has focused on what makes a good leader and honed in on the “compelling sample of leaders” the U.S. presidents constitute.

Bruner has almost completed a lifelong goal to read the major biographies of every president, and this reading has guided his research. He thinks it is time that we start taking the presidents at their word, so to speak, mining their memoirs and speeches for evidence of their inner thoughts and feelings. Using a combination of techniques from both literary studies and social science to perform a “sentiment analysis,” he found that post-WWII presidents’ writings show markedly more optimism than popular literature from the same time period.

He was not entirely surprised by the result: “Pessimistic leaders anywhere are an anomaly, since pessimism can be demotivating.” But optimism isn’t simply a prerequisite for leaders. Bruner wants to study how optimism and other attributes characterize effective leadership.

Realistic OptimismOptimism, it must be acknowledged, is a mixed bag. It sometimes gets a bad rap among intellectuals and hard-boiled professionals, for whom rational skepticism is the preferred mental framework and mode of self-presentation. And over-optimism can lead to risky behavior and neglect of potent threats. Therefore, the lessons to be learned from presidential optimism must entail an attention to the kind of challenges the leader faces, as well as ethics and purpose.

Like other leadership qualities, optimism is neither a fail-proof nor comprehensive guide to being a good leader, though it is important. While Dwight Eisenhower emerges as the most optimistic of the post-WWII presidents, his example also illustrates well another of Bruner’s findings, that there is a “modest and insignificant” correlation between optimism and one measure of a president’s legacy: his ranking by historians. President Trump’s election after a campaign of relatively negative rhetoric likewise proved to be an exception to a previous finding that nine out of 10 times, the more optimistic candidate wins — although Bruner cautions that it is too early to draw conclusions about the newest president’s relative optimism.

Taken all together, Bruner advises leaders practice “realistic optimism,” measured against what’s appropriate for the audience.

Tools in the Leader’s ToolkitWhile Bruner’s advice clearly runs counter to Machiavelli’s assertion that it is better for a leader to be feared than loved, they have something in common: an undercurrent of pragmatism.

Cultivated optimism: You can cultivate optimism in words and deeds; it doesn’t need to be an innate or constant personality trait. Instead of Pollyanna, think of Eisenhower’s smile. Bruner has written a paper about how it epitomized Eisenhower’s deliberate decision to exude optimism and warmth even while feeling fear, anger, fatigue and dejection. His optimism was an “emotional reinforcement” as much as a political posture. It helped him, his staff and the country as a whole remain resilient during tough times.

Authenticity: Given Eisenhower’s example, it might seem contradictory for Bruner to also suggest that another key to optimistic leadership is authenticity. However, he suggests, “perhaps presidential optimism is authentic to something other than one’s own self.” Rather, presidential optimism is “authenticity to the mission and the needs of the community. This is the kind of optimism Dwight Eisenhower was practicing.”

Small actions: Eisenhower’s optimism was for the benefit of both his immediate community and broader public. Bruner suggests learning from his example by deliberately developing a positive work environment through “the kind of actions that speak volumes.” They can be small actions, such as greeting people, emphasizing a communal culture of openness and open doors. By exhortation and example, leaders can create an environment that moves beyond a transactional model in which each interaction is either a win or a loss, to a relational model where colleagues can feel a deeper bond to one another.

“A lot of what I’m saying I think is well-reflected at Darden,” Bruner concludes. “My study on optimistic presidential leadership is a manifestation of what happens at this school.”

ROBERT F. BRUNERUniversity Professor; Distinguished Professor of Business Administration; Dean EmeritusBruner is an expert on mergers and acquisitions. He’s written two books on the subject, Deals from Hell: M&A Lessons That Rise Above the Ashes and Applied Mergers and Acquisitions, which have helped countless students and business people deal with the complexity of mergers and acquisitions. His business expertise is wide-ranging; he’s well-versed in capital structure management, commercial banking and investment banking, corporate finance, financial crises and bank panics, corporate valuation, enterprise leadership and management education. He is co-author of Case Studies in Finance: Managing for Corporate Value Creation, currently in its seventh edition.

Bruner comments on life, business and current events in his blog. He also tweets regularly on his Twitter account.