Biden expert and VP legal scholar available for comment and expertise on campaign. 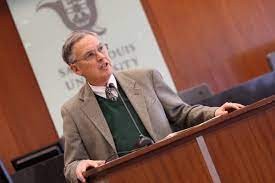 Author, The White House Vice Presidency: The Path to Significance, Mondale to Biden

Goldstein has written for and appeared on national and international outlets discussing Biden, his campaign and his influence as a politician and vice-president.