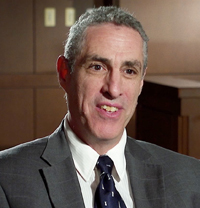 He is available for interviews by phone and by Zoom.