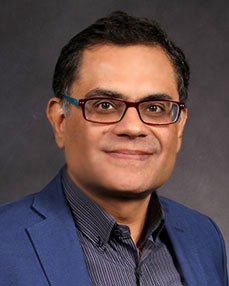 Raza Ahmad Rumi, a scholar-in-residence at Ithaca College, is available to talk to the media about President Donald Trump's newly announced strategy for Afghanistan and its implications for Pakistan and that country's relationship with the U.S.

Rumi writes and speaks extensively on topics related to Pakistan-India-Afghanistan relations and policy.

Rumi is a Pakistani expatriate and former television host, media commentator, and journalist. In the spring of 2014 he survived an assassination attempt by the Pakistani Taliban after being targeted for his progressive stances, advocacy for minority rights, and criticism of government and security policies in that country.

He began his career as a civil servant in Pakistan, and worked on issues of governance and public policy throughout Southeast Asia and the Pacific in positions with the United Nations and the Asian Development Bank. He became one of Pakistan’s first bloggers before segueing into journalism.

More information about Rumi can be found on his Ithaca College expert webpage.

Rumi is available to be interviewed by phone or Skype. He can be reached by email at [email protected] or by calling Dan Verderosa at 607-274-1440.