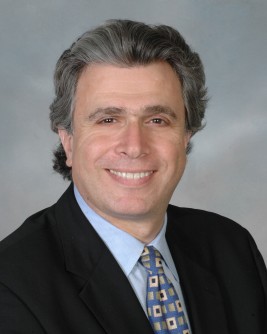 Robert Rabil, Ph.D., is an internationally renowned expert on the Middle East.

Robert Rabil, Ph.D., professor, Middle Eastern Studies and Politics, in Florida Atlantic University's Dorothy F. Schmidt College of Arts and Letters, received his Bachelor of Arts in Computer Science from Massachusetts College of Liberal Arts, his Masters in Government from Harvard University Extension School and his Ph.D. in Near Eastern and Judaic Studies from Brandeis University.

He is the author of Embattled Neighbors: Syria, Israel, and Lebanon (Lynne Rienner, 2003), Syria, the United States, and the War on Terror in the Middle East (Praeger, 2006),  Religion, National Identity and Confessional Politics in Lebanon: The Challenge of Islamism (Palgrave Macmillan, 2011), and Salafism in Lebanon: from Apoliticism to Transnational Jihadism (Georgetown University Press, 2014).

Previously, Rabil served as the chief of emergency for the Red Cross in Beirut, Lebanon, taught at Suffolk University, and was the project manager of the U.S. State Department funded-Iraq Research and Documentation Project.

He participates in roundtable discussions and forums sponsored by the U.S. Government, including the U.S. Army and National Intelligence Council. He appears on media outlets such as ABC, CBS, BBC, FOX, MSNBC and C-SPAN. He is a professor of political science at Florida Atlantic University and the Lifelong Learning Society Distinguished Professor of Current Events, 2012-2013.

In May 2012, Rabil was conferred with an honorary Ph.D. in humanities from the Massachusetts College of Liberal Arts.