9-Oct-2017 8:05 AM EDT, by University of Arkansas, Fayetteville
favorite_border 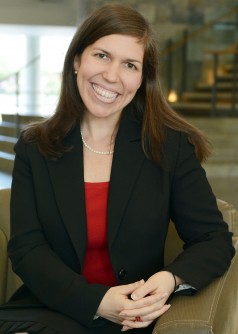 FAYETTEVILLE, Ark. – In the coming weeks, a fully staffed U.S. Supreme Court will decide whether a Colorado baker exercised his First Amendment rights of religion and speech or violated his state’s public accommodation law when he chose not to bake a wedding cake for a same-sex marriage.

University of Arkansas law professor Danielle Weatherby is available to comment on Masterpiece Cakeshop v. Colorado Civil Rights Commission, which she describes as a classic clash between the First Amendment’s Free Exercise Clause and the Fourteenth Amendment’s Equal Protection Clause. Weatherby argues that the case provides an opportunity for the Court, in the interest of maintaining social order, to assert that First Amendment freedoms must bow to equal protection principles of the Fourteenth Amendment.

Prior to joining the University of Arkansas faculty, Weatherby clerked for Chief Judge Gary L. Sharpe of the U.S. District Court for the Northern District of New York and practiced at the Albany, New York law firm Whiteman, Osterman & Hanna, LLP, where she advised private and public sector clients on a wide range of labor, employment and education law issues.

Weatherby’s recent work has appeared in Washington and Lee Law Review Online, Connecticut Law Review, Pepperdine Law Review, DePaul Law Review, and the New York University Review of Law & Social Change. Leading up to and following the U.S. Supreme Court’s decision on the legality of same-sex marriage, her comments and analysis appeared in the Detroit News, Seattle Times, and Fortune magazine, for which she also has written guest op-ed pieces.