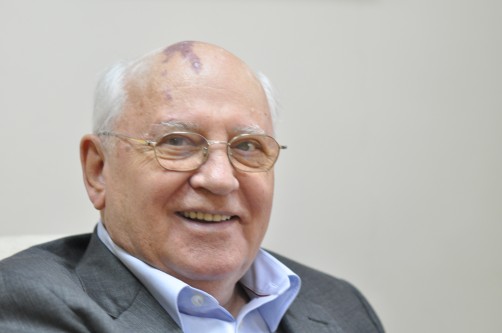 WASHINGTON (Aug. 31, 2022)— On Tuesday, Russian state news agencies reported that Mikhail Gorbachev died after a severe and prolonged illness. Gorbachev was 91 years old and was the last president of the Soviet Union before its dissolution.

In the summer of 2021, the GW journal, Demokratizatsiya: The Journal of Post-Soviet Democratization, published one of the last articles Gorbachev wrote "Perestroika and New Thinking: A Retrospective" where he assessed his years in power.

“Gorbachev was one of the most consequential leaders of the twentieth century, setting Russia on a path to freedom and laying the foundation for economic reform. His death reminds us how much Russia has lost in the 30 years since he left office. Vladimir Putin has abolished the press freedom and political pluralism that Gorbachev fostered. Where Gorbachev ended the Soviet Union's catastrophic war in Afghanistan and sought peaceful ties with the West, Putin is conducting a bloody war of attrition in Ukraine, a country that once had close relations with Russia.”