UNLV political science expert explains the history of the region, why the recent U.S. political visits anger China, and the influence of the Ukraine-Russia conflict. 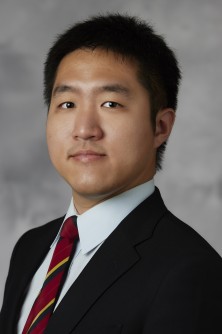 Many Americans go about their daily routines without fear of invasion or repercussions for acknowledging their own freedom. But an ocean away, that’s the reality for Taiwan, a small island off the coast of mainland China.

China and Taiwan are embroiled in a decades-long battle of acknowledgement — an unfinished civil war. And because of their history, every day is a juggling act of unresolved issues from the past, maintaining a delicate balance to ensure peace.

Taiwan believes itself autonomous, China disagrees, and any nation siding with Taiwan will create ripples with one of the largest economies (and militaries) on the planet.

What’s more, recent visits to Taiwan from U.S. lawmakers, including Speaker of the House Nancy Pelosi, have prompted China to run more combat exercises near the island. China views any visits that suggest Taiwan’s independence as insults to its integrity, while Taiwan sees them as stepping stones to sovereignty.

“When it comes to the military threat from China, the majority of Taiwanese people perceive that China will attack once Taiwan declares independence,” said Austin Horng-En Wang, a UNLV political science professor and globally-recognized authority in Taiwanese politics and east-Asian affairs.

“Currently, the U.S. and Taiwan are not motivated to change the status quo,” he said. “So far, China and the U.S. both benefit, economically, from a peaceful Taiwan Strait.”

We checked in with Wang to get a primer on the China-Taiwan tensions, the U.S.’s role in it, and the potential influence of Russia’s invasion of Ukraine, as well as Wang’s thoughts on how throwing pride, history, and recent economic turbulence into the mix might escalate the war games beyond the point of no return.

How did  tensions between China and Taiwan begin?

During the Chinese Qing Dynasty (1644-1912), Qing set up an office in Taiwan to prevent rebellion and collect taxes, but could not fully extend its administrative power to the whole island.

After the first Sino-Japanese War (1894-1895), Japan defeated the Qing Dynasty and the Japanese effectively controlled Taiwan.

The Qing Dynasty would be overthrown during a revolution, and the Republic of China (ROC) was established. Then, mainland China was again invaded by Japan in 1931 in the prelude to WWII (China would endure about 20 million deaths during this occupation).

Due to the prolonged war and ineffective governance by the ROC, many young Chinese people believed that communism and Marxism were the answer to save China. Therefore, they organized the Chinese Communist Party (CCP) and tried to overthrow the ROC government.

With Japan’s surrender to the U.S. at the end of WWII in 1945, the Chinese Civil War began and the communist party won control of the mainland. The U.S.-backed ROC government retreated to Taiwan in 1949 and announced martial law. Meanwhile, the communists established the People’s Republic of China (PRC) in the mainland.

After 1949, the PRC never gave up on invading Taiwan. It planned an attack in 1950, but was interrupted by the nearby Korean War (in which the U.S. and China saw direct combat with each other).

The PRC then attacked the Kinmen Islands (controlled by the ROC) in 1958 but failed to occupy them. Both sides have been in a cease-fire since.

Why does China still want Taiwan?

Two reasons – one ideological and one practical.

China was embarrassed when it was defeated by Japan in 1895, and called this period “the century of humiliation.” Since Taiwan was ceded to Japan in 1895, China believes unifying Taiwan with the mainland will prove its rejuvenation.

We can see a clear element of nationalism in it. In the end, the PRC wants to prove that its type of government is the best option for the Chinese people, but Taiwan keeps serving as an outlier/alternative option, which makes those in control of the PRC nervous.

On the other hand, Taiwan is geographically important to the Chinese government. Taiwan is the biggest island near China and is the gateway for the PRC to access the Pacific Ocean. The deep harbor in eastern Taiwan also allows the Chinese government to establish submarines and break the U.S.’s island chain. Since most imports and exports to and from Japan and South Korea need to sail through the Taiwan Strait, China gaining control of it would disrupt the U.S. supply chain.

What would be the consequences of a Chinese takeover?

If China overtook Taiwan, in my opinion it would be a blow to the democratic world.

First, the U.S. would no longer dominate the Pacific Ocean, weakening its protections to its allies — namely the Philippines, South Korea, India, Japan, and Singapore. Since these countries are among the most important hubs in the global supply chain, China would dominate it.

Second, the PRC could use the takeover as proof that democracy is no better than authoritarianism. After WWII and after the collapse of the USSR in 1991, western countries always believed in the idea that democracy and capitalism were the ultimate answer to human society. This thought encourages activists around the world to promote democracy and human rights.

The PRC, under the rule of Xi Jinping (2012-present), disagrees. It argues that countries have the right to develop their economy based on their unique historical and geographical contexts. In other words, economic development trumps individual human rights, and the ruling authority has the right to decide how much human right the government needs to offer its people.

How closely do you think China is watching the war between Russia and Ukraine?

China is likely watching Ukraine closely, using it to estimate the cost of invading Taiwan and the likelihood and scale of U.S. intervention in future Taiwan-China conflicts. In the end, China is watching how the world responds to the Ukraine-Russia conflict.

However, Taiwan and Ukraine are different. The U.S. has the Taiwan Relations Act, which defines the relationship between them, but there is no such binding between the U.S. and Ukraine.

Money also talks. Taiwan is our ninth largest trading partner, with $91 billion annually. Ukraine is 67th, with $4 billion per year. And a takeover of Taiwan may switch the level of dominance in the Pacific Ocean between the U.S. and China. At the same time, Russia and China are also different. China is our largest trade partner, with about $560 billion annually. Russia sits at 36th, with about $28 billion in two-way trade.

In a worst-case scenario, do you believe Taiwan is prepared to fight alone as Ukraine has?

According to the 2020 World Value Survey, 57% of Ukrainian respondents said they are willing to defend their country; in the same survey, 77% of Taiwanese respondents voted yes.

Nevertheless, willingness is influenced by some factors. For example, I co-authored an article with UNLV Ph.D. student Nadia Eldemerdash which showed that Taiwanese willingness to fight is contingent on their perception of other people’s actions. Meanwhile, whether the U.S. will help also influences the will to fight.

A recent survey in the U.S. shows that its citizens support the idea of sending troops to help defend Taiwan. The level of support was around 30% before 2016, but now it reached 52% for the first time.

Speaker Nancy Pelosi has been the most prominent political visitor to Taiwan in a very long time. Are visits like hers viewed as a victory in Taiwan?

Since Taiwan was blocked by China from participating in any international organization (even in the World Health Organization during the COVID-19 pandemic), any international exposure or exchange is seen as a victory in the eyes of Taiwanese people. A recent survey shows that the majority of Taiwanese people believed that Pelosi’s visit benefits Taiwan.

What do you think will happen in the years ahead? Continued co-existence with the threat of war? Any chance for peace outside of conflict?

Even though most Taiwanese people identify themselves as Taiwanese and support independence, they also enjoy the economic benefit from the status quo. Both China and the U.S. are enjoying the economic rewards of keeping the world as it is.

However, the likelihood of war may increase if and when China’s economy declines because the legitimacy of the communist government depends on its economic prosperity.

Therefore, it is certainly possible that the PRC could attack Taiwan or nearby islands as a way to boost nationalism domestically and regain legitimacy through unifying Taiwan when its economy is in trouble. Given the unclear economic record in China, it is hard to predict the likelihood of war in the next few years.