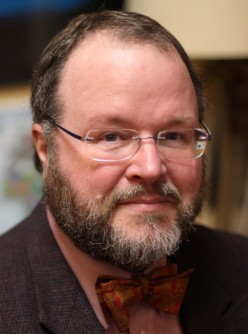 Newswise — From Jim Moore, director of the Tom McCall Center for Policy Innovation at Pacific University (Ore.). Dr. Moore is available to speak by phone and can be available for on-camera interviews as well.

On the bipartisan Russian sanctions bill expected by many to be signed by President Trump:

"Actually, nobody is sure he’ll sign it until he does. It is unclear if Trump is being pro-Russia, or if he wants a tougher bill, or if he or his family have business interests that might be involved. This does not even get into Tillerson over at the State Department and the role of Exxon."

On Congressional committee talks with Kushner yielding plenty of platitudes:

"Kushner still has not explained why he went to the meeting with Donald Trump, Jr., in the first place."

On the legality of Trump executive power to pardon:

"President Trump has asserted, quite rightly, that he can pardon anybody. Will he preclude investigations with pre-emptive pardons? The politics are bad. The legality is clearly on his side."

"It is unclear what happens to health care legislation. It certainly looks like nothing will happen to get rid of Obamacare, much less replace it, but the president is urging congress to act. On what is not entirely clear. The 'Skinny Repeal' is not going anywhere. It looks like Obamacare will continue, but we’ll have to see how Congress funds parts of it, and how the White House enforces parts of it. It is in their interests for Obamacare to fail, and they can starve parts of it for funding and enforcement to make that failure occur. How that plays with the electorate is an open question."