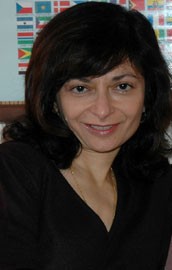 Newswise — Drones are the Obama administration’s weapon of choice in the war on terror, according to CNN and the New York Times. In the past five years, drones have been used in hundreds of attacks on targets in Pakistan and Afghanistan. But at what cost?

Professor Kavita Khory, an expert in the politics and regional security of South Asia, says that the United States military’s use of drones in Pakistan inflames anti-American sentiment in the region and creates a dangerous precedent as other countries develop their own versions of the weapon.

Question: What does the Pakistani public think about drone strikes carried out by the United States in Pakistan?

Kavita Khory: Drone strikes are controversial among Pakistanis. Most are against the attacks carried out by the United States in Pakistan, though a small faction believes that drone strikes can be used effectively for counterterrorism. Many Pakistanis argue that drone strikes not only violate the country’s sovereignty, they are mostly ineffective and do more harm than good. Further inflaming anti-American sentiment, drone strikes have become a rallying point for anti-government propaganda as well.

Q: What has been the Pakistani government’s response to these drone strikes, and does it publicly or privately support the drone strikes?

KK: The precise role of Pakistan’s government and military in the drone strikes remains unclear. For the most part, the government denies any operational knowledge of the attacks. Government officials have challenged the legality of drone strikes in Pakistan, which have risen significantly under the Obama administration, and complain that these strikes are carried out without their consent. Yet, as we learned from documents released by WikiLeaks in 2010, senior Pakistani officials tacitly approved drone strikes while publicly condemning them. Pakistanis have shared intelligence with American counterparts, and until 2011 the CIA carried out drone missions from an airbase in Pakistan.

Q: Is the Pakistani government under pressure from within Pakistan to end drone strikes on its soil?

KK: Despite growing anger and protests against drone strikes, public opinion is not likely to influence policy in any meaningful way. Drone strikes are a sticking point in current United States-Pakistan relations, but policy toward them is shaped by a variety of factors. For example, the Pakistani government’s support for drone strikes declined significantly after the killing of Osama bin Laden and the deaths of 24 Pakistani soldiers in a botched NATO airstrike. The government’s ambiguous posture and contradictory policy on drones is frustrating for many Pakistanis, but few are calling for a radical restructuring of Pakistan-U.S. relations.

Q: What are the problems with drone strikes?

KK: It seems there are at least four major problems:

1. Technical precision and efficiency have trumped ethical considerations when assessing the merits of drone strikes. What, for example, is the moral justification for carrying out drone strikes against non-state “combatants” outside of armed conflict zones? Although the Obama administration has ratcheted up the number of drone strikes in Pakistan, there has been little public scrutiny of the policy until recently. 2. Presently, U.S. drone strikes, carried out under executive authority, remain largely secret. Such secrecy may be operationally necessary, but it raises serious questions about accountability, oversight, and rules for using powerful new technologies in nontraditional wars fought against nebulous enemies. 3. As we see in Pakistan, the use of drones in this way is likely to undermine the credibility of the government and call into question the state’s ability to protect its citizens. This makes it tough, even for friendly governments, to cooperate with the United States. 4. The use of drones for combat operations has set a precedent for other states contemplating action against domestic insurgents or hostile neighbors. Given its own record, how can the United States chastise China or India for launching similar drone strikes should they decide to do so?