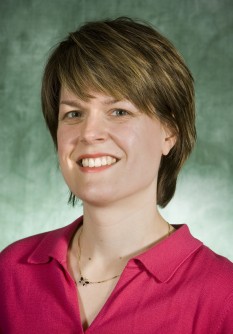 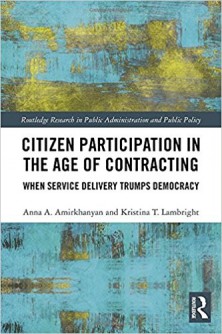 Citizen Participation in the Age of Contracting (Routledge, 2017) was co-authored with Anna A. Amirkhanyan, an associate professor of public administration and policy at American University.

Newswise — BINGHAMTON, NY – Taxpayer dollars fund a variety of important public programs, including many that are delivered by private contractors, but citizens often are not involved enough in shaping these contracts, according to a new book by Kristina Lambright, associate professor of public administration at Binghamton University, State University of New York.

The book, Citizen Participation in the Age of Contracting (Routledge, 2017) was co-authored with Anna A. Amirkhanyan, an associate professor of public administration and policy at American University. In it, Lambright and Amirkhanyan examine the roles citizens play in government health and human services programs that are provided by private organizations. They look at contracts in a wide variety of areas, such as mental health services, substance abuse, developmental disabilities, family planning, youth programs and nursing homes.

Conducting over 90 interviews with government contract managers and contractors themselves, the authors found that, while most programs involved citizens in governance in some way, it was typically on a superficial level.

“We found many examples of organizations gathering input from citizens. Generally, it was part of them assessing how well the quality of services was being delivered – surveying clients on their satisfaction of the services, looking at whether clients were meeting their goals, sometimes talking to them informally,” said Lambright. “Much of it was very focused on assessing whether the program was doing its job – I don’t think that the purpose was to really involve citizens more holistically in program planning and goal setting at a deeper level.”

According to Lambright, when programs do not involve their clients in a larger way, both citizens and programs miss out. Often, citizen participation is viewed as a means to an end instead of a community conversation.

“Overall, the organizations weren’t very creative with how they approached involving citizens,” said Lambright. “There were lots of client surveys, advisory boards and public meetings but few instances of citizens actually helping to make important decisions and shape community priorities. In addition, only a small subset of citizens tended to participate. Based on our research, there’s some citizen involvement but there could be a lot more. You’re meeting the requirement of what you’re supposed to do but not the spirit of what you could do. It’s a missed opportunity.” 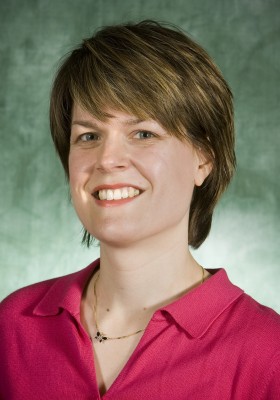 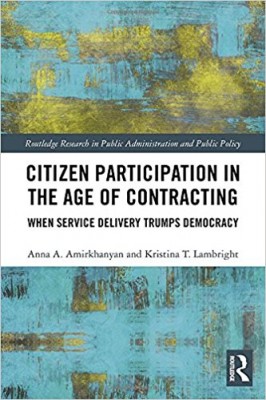 Caption: Citizen Participation in the Age of Contracting (Routledge, 2017) was co-authored with Anna A. Amirkhanyan, an associate professor of public administration and policy at American University.

Citizen Participation in the Age of Contracting