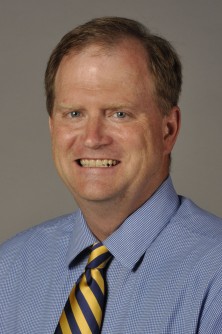 Dr. Matthew T. Corrigan, professor/chair of the Department of Political Science and Public Administration at the University of North Florida and author of “Conservative Hurricane: How Jeb Bush Remade Florida."

Dr. Matthew T. Corrigan is professor and chair of the Department of Political Science and Public Administration at the University of North Florida.

He recently authored a new book, “Conservative Hurricane: How Jeb Bush Remade Florida,” which is a detailed look at how Jeb Bush used enhanced constitutional executive powers, the first unified Republican state government elected to Tallahassee and the force of his own personality and intellect to enact significant conservative political and policy changes in Florida.

He has also written two previous books, “American Royalty: The Bush and Clinton Families and the Danger to the American Presidency,” which examines the problems with combining family legacies with the American Presidency, and “Race, Religion and Economic Change in the Republican South: A Case Study of a Southern City.” It examines the consequences of partisan change in the South regarding race, religion and economics.

During the aftermath of the 2000 presidential election, he was a consultant to Duval County, Florida, and assisted county leaders in reforming the county’s voting system. During presidential and gubernatorial election nights, he works as a consultant for the Associated Press analyzingexit polls and turnout data for the state of Florida. Corrigan earned his doctorate in political science from the University of Florida.