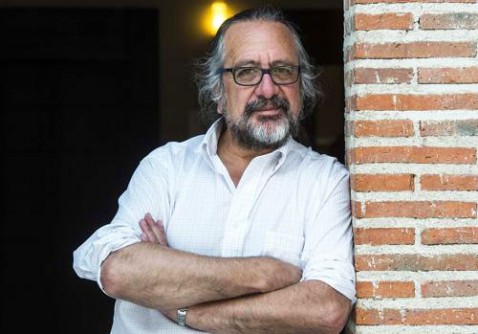 Newswise — There are many lessons to be learned from the mistakes of our neighbors in Latin America about how populists attack democracy. President Biden recognized that restoring civil discourse was a critical first step to heal democracy and stop a resurgence of polarizing populism, but little ground has been gained.

Populist politicians, despite their ideological differences, thrive on polarization. They use an antagonistic discourse to position rivals as existential enemies. They identify their supporters as the only “authentic” people in their nation and consider it their mission to save them while excluding others based on ethnic, cultural, socioeconomic or political grounds. While in office, they follow a playbook that seeks to concentrate power in the presidency. They wage war against the media. And use the law to punish critics. When faced with political loss, they seek to delegitimize democracy with claims of rigged elections and then embrace a continuing legacy of sowing distrust in democratic institutions.

Populists are media innovators. They used the radio, television, and social media to communicate directly with followers. Unlike the past when populist attempted to create media monopolies to control newspapers, radio, television, and the internet, nowadays populist create information niches of like-minded citizens. Whereas populists promote what seem to be horizontal networks of communication without the mediation of experts, they simultaneously devalue the notions of truth, expertise and even science.

The reason restoration of democratic civility is so crucial is that is populists gain power in political systems in which citizens stop recognizing the right of their opponents to dissent. Bolsonaro, nicknamed the Trump of the Tropics, was the outcome of Brazilian conservative religious resistance to equalitarian marriage, abortion rights, politicians who engaged in long-standing corruption while in power, and a deep economic crisis. Likewise, Trump was the product of an increasingly polarized society, where Democrats stand for urban, secular, educated and multiracial voters and the base of the Republican Party draws on rural, less college-educated, religious and predominately white voters.

The antidote to the populist appropriation of the voice of the people by the leader is to have a multiplicity of voices in the public sphere but recent changes in media organizations make it harder to depolarize contemporary societies. Without common sources of information, and in contexts where opinion replaces facts, citizens distrust those who have different views and opinions and fuel populist politics. Diversity and plurality are the key words to create spaces of dialogue and confrontation between democratic rivals who can argue passionately but respect the right of their rivals to dissent.

A lesson from Latin America is that when anti-populists regain power by unseating a populist, they have sometimes demonized the leaders they deposed as the source of all ills. Instead of promoting democratization, they allowed polarity to become entrenched, bending and abusing laws in a misguided attempt to suppress populism.

Changing discourses to transform enemies into rivals is not enough to reconstruct democracies. The social base of democracy needs to be rebuilt, reducing structural inequalities. Efforts to overcome populism have often failed in Latin America due to the constraints of supranational organizations that demanded lean government and reduced social spending. Chávez, for example, was elected after Venezuela — a formerly rich, oil-producing nation — was divided into a mega-rich minority and an impoverished majority; the country endured major food riots in 1989, a coup attempt in 1992 and was plagued by political corruption.

Instead of being complacent that the populist threat to U.S. democracy is over, the people and their politicians ought to learn from the mistakes of their neighbors in South America, where a failure to address structural inequalities has allowed populism to retain power. Democrats have the unique opportunity to bring back some of the white working and middle-class Trump supporters by enacting universalist social policies to increase the social net.

Carlos de la Torre is the director of the Center for Latin American Studies at the University of Florida and co-author with Treethep Srisa-Nga of the newly released book Global Populisms (Routledge, 2021).