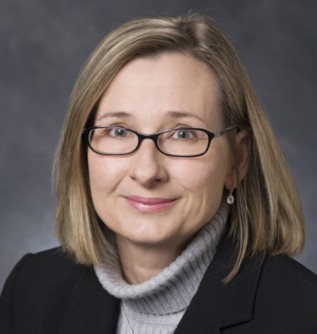 Audrey Haynes is an associate professor at the University of Georgia's School of Public & International Affairs.

In response to Paul Ryan's move to no longer defend Republican candidate Donald Trump during the remainder of the election, Haynes had the following comments: "This is certainly a new revelation in the general election campaign. I believe it indicates very soft support among many current Republican office holders for Trump, and when given the opportunity to move away from him, these Republicans have done so. In McCain’s case, I think it is a principled stance, as he was never comfortable with Trump. It may actually hurt him in his reelection bid, but I believe he is doing this again, out of principle rather than self-interest. This may be the case for Ryan as well, although he is in a safer seat and highly likely to win his general election bid, but in his case, he still may have to deal with a very vocal minority of Republicans who are Trump advocates. "Others have followed. And it seems this was their escape hatch. It would be hard for their supporters to fault them for leaving when their candidate seems to be the opposite of the 'family values,' principled conservative. And, it also seems that the momentum Trump had accumulated for a while is now dissipating and the campaign is losing some of its ground. It is perfectly rational for the leaders within the party to focus on down ballot races. In fact, retaining the House and Senate should be their priorities if there is any chance of Trump being defeated in such a huge manner that it affects down ballot races for the Republicans negatively. Many of their Republican establishment candidates may not even benefit from Trump-tails as some of his supporters may vote for him but not cast a vote for down ballot “establishment” candidates. People do not talk about this, and I do not know if there will be evidence to suggest it, but the mindset of supporters I have seen on Twitter and other social media spaces is that they support Trump and not the Republican Party. So that could be an issue. Hillary Clinton’s supporters will likely be straight party ticket voters. Disgruntled Bernie supporters will stay home. A few may vote for Trump, but they are likely to support their Democratic candidates down ballot who may actually be more progressive than HRC."

BIOHaynes' research focuses on the nexus of candidate communication strategy and the news media within the context of presidential nomination campaigns. She is also interested in the innovative strategies of political parties and candidates as they work to adapt to new electoral environments as well as differences across partisans and their implications for behavior. Haynes is widely published on such topics as the role of media in politics, negative campaign tactics, frontloading, and gender and politics.