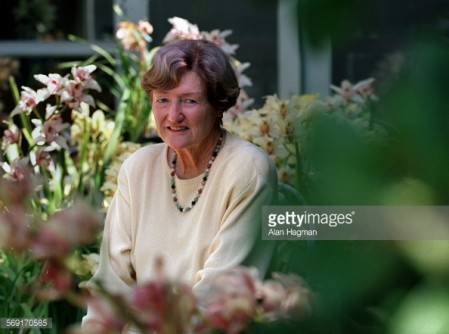 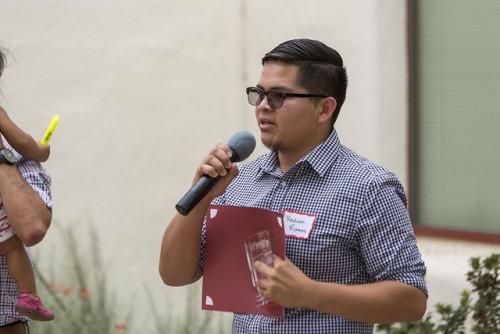 Newswise — Camarillo, Calif., August 14, 2017 — A photo of Senator Bobby Kennedy campaigning in Oxnard the day before he was assassinated is one of hundreds of political artifacts recently donated to the John Spoor Broome Library at CSU Channel Islands (CSUCI).

The collection was accumulated by Jane McCormick Tolmach, the first female mayor of Oxnard, who died in 2015 at the age of 93.

Sorting, researching, organizing and digitizing the collection will be one of the research projects undertaken by a group of first year CSUCI students selected to be part of the Student Undergraduate Research Fellow (SURF) program in fall of 2017.

The SURFers will get University credit for attending a series of hands-on, collaborative classes and participate in field trips that enable them to conduct their own research using a perspective linked to their major or field of interest. All of the SURFers are mentored by faculty members.

Research is generally something reserved for junior and seniors, but the idea behind SURF is to introduce students to the world of inquiry their very first year by immersing them, as a group, into a common research project.

“At the bottom of it all is the idea that we introduce students, from the very beginning, to the idea of curiosity, being a curious person, asking and answering questions,” said Professor of Political Science Sean Kelly, Ph.D., SURF faculty lead.

SURF students are hand-selected for the program based their academic interests, a short essay and a strong sense of intellectual curiosity.

Called a “living-learning community,” the students live together in the same residence hall, do research together, and enroll together in three general requirement courses in the fall and spring semesters.

Students will take two field trips to CSUCI’s Santa Rosa Island Research Station, where they work on interdisciplinary research techniques on the island.

Organizing and researching Tolmach’s collection in the fall semester will be a journey of a different sort. Each paper, pin, campaign hat, banner and photo will beckon student researchers into decades of America’s political past, and help the students better understand current political events.

“As a political scientist, I study things systematically, and that’s where I have an appreciation for the librarianship, because really what they’re doing is they’re finding ways to organize information,” Kelly said. “And once you have the information organized, then you can see those patterns.”

This is the third year of the SURF program, which is open to any first year student in any major. The SURF program hit a milestone this summer by offering its first ever Summer SURF program for students entering their junior and senior year.

Nine CSUCI faculty mentored 22 upperclassmen in eight projects for eight weeks ranging from the habits of hummingbirds to robots to digitizing Con Safos magazine, a voice of the Chicana/o movement in the 1960s and 1970s.

The students received a stipend for their research efforts and, thanks to CSUCI supporters Mark and Terri Lisagor, one student was named a Lisagor Fellow and presented with a certificate, a trophy and $1,000 to travel to a professional research conference.

Yosduan Ramos of Santa Barbara County was the very first Lisagor Fellow, receiving his award at a dinner held at CSUCI in August. The Psychology and Spanish double major was on the team that digitized Con Safos magazine.

Ramos said participating in the SURF program this summer was a “life-changing experience.” 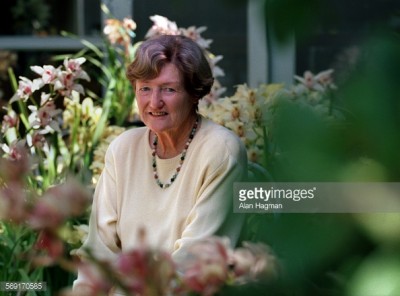 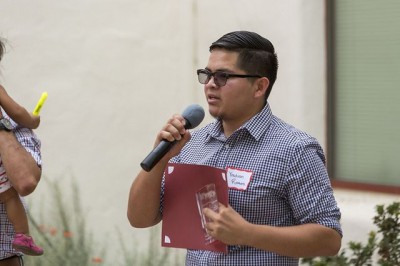