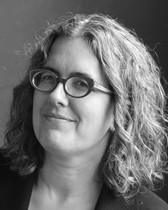 Newswise — EVANSTON Ill. --- On Monday, the National Portrait Gallery unveiled the official portraits of Barack and Michelle Obama. Northwestern University’s Rebecca Zorach is a leading academic specialist who can speak about the weightiness of the artists’ tasks in portraying the first U.S. African-American presidential couple.

Quote from Professor Zorach: “The portraits have gravitas and flair. These two artists had the challenging task of giving Michelle and Barack Obama the weightiness of history (in many senses, inserting them into U.S. history, African American history, and—notably—art history) without making them look dead, or only of the past. Rather, one can easily imagine them, with their serious, thoughtful expressions, judging the present.

“The two artists also succeeded in a way appropriate to their own identifiable style. It's interesting that Kehinde Wiley associated Barack with natural life while Amy Sherald foregrounds the geometric artifice of Michelle's dress; historically, it's often women who are associated with nature and men with culture, so this is a bit of a reversal. The gorgeous dress is also a nice thumb in the eye of those who never stopped harping on her clothing choices as First Lady.”

Zorach, the Mary Jane Crowe Professor in Art and Art History at Northwestern, teaches and writes on early modern European art (15th – 17th century), contemporary activist art and art of the 1960s and 1970s. Particular interests include print media, feminist and queer theory, theory of representation and the multiple intersections of art and politics.