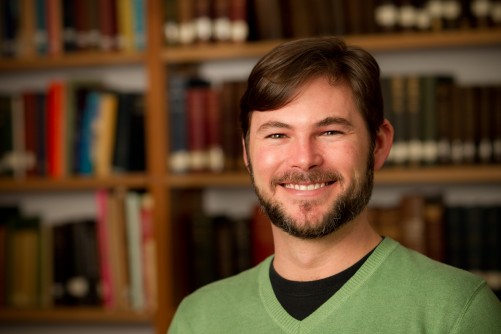 Pope Francis’ encyclical on the environment, issued this summer, focused the world’s attention on the links between religion, ecology and the environment. What effect will his words have on Catholics, Presidential candidates and church-going Protestants?

Lucas Johnston, author of Religion and Sustainability:  Social Movements and the Politics of the Environment and associate professor of Religion and Environmental Studies at Wake Forest University, can comment on how the Pope’s encyclical could impact the 2016 elections (including the upcoming GOP debates) and whether or not it will turn more of the faithful into environmental activists.

Johnston is also co-editor of Science and Religion: One Planet, Many Possibilities. Johnston can address the current landscape regarding religion and the environment. He is senior book reviewer for the Journal for the Study of Religion, Nature, and Culture and co-chair of the Religion and Ecology Group for the American Academy of Religion. In an op-ed published in The New York Times, Humans Are Disrupting the Climate, Johnston wrote, “most ‘natural’ disasters can be traced to human activity and should not be written off as unforeseeable, unstoppable ‘acts of God.’”

What effect will Pope Francis’ encyclical have among Catholics, including Presidential candidates? “The answer to this question is complex. Data from the Public Religion Research Institute (PRRI) indicates that at least in the U.S. 61 percent of Latino Catholics, as opposed to only 40 percent of white Catholics, say that climate disruption is human-caused. At least five of those white Catholics are 2016 Presidential candidates, all of whom have expressed equivocation or outright denial when asked whether climate disruption is human-caused. The clash between the Pope’s position and their political stance could elevate discussions of religion and the environment during this election.”

Will this lead to a surge of environmental activism among people of different faiths? “Despite a host of decrees, declarations, and pronouncements from just about every major Christian denomination and the other global religious traditions, those in the pews aren’t changing their behavior. Polls show that 80 percent of the U.S. public agrees we should engage in more environmental protection, but only 20 percent engage in behaviors to support that ideology. The data does not support the notion that Christian denominations, including Catholicism, have been or are in the process of engaging in massive political mobilization to combat environmental degradation or climate change.”

What are the biggest issues with religion and the environment? “A disconnect between what people say they believe and what they actually do is one of the biggest issues. The Pope’s encyclical is an amazing document and what he did so well was tie together the various threads of biodiversity loss, climate change, environmental justice, and concerns for the affected poor. Catholics are not automatically going to start behaving differently because the Pope said these things. One of the biggest obstacles to the future the Pope envisions is other Christian elements that decry environmental concern as dangerous because it is animistic or pagan. Evangelicals, the single largest religious constituency in the country, have come out against the encyclical. If the best predictor of the future is the past and past behavior patterns, then no, it’s not going to change anything.”