The Politics Behind Polling: SJU Expert 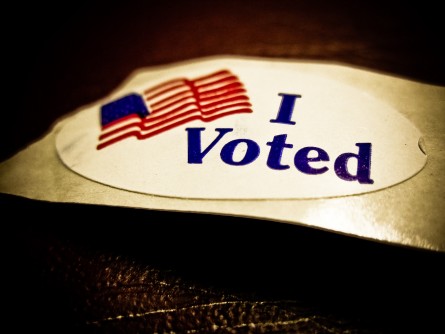 Newswise — In a campaign season nothing short of sensational, political opinion polling has found it’s way to the forefront more than ever before. Presidential hopefuls are parading poll results like banners of victory during every debate and in every speech, social media post and advertisement.

One reason for this, perhaps, is the nature of some of the candidates who are running. “Nontraditional candidates especially benefit from the use of polls to bolster their rhetoric,” says Virginia Miori, Ph.D., assistant professor of decision and system sciences at Saint Joseph’s University in Philadelphia, an expert on predictive analytics. “The polls provide a statistic they can point to, in place of a political voting history.

“We’re also seeing more predictive analysis of the general election,” she adds, referencing polls that claim to assert the probable winners in match ups between potential Democratic and Republican candidates.

But, with so many polls out there, what statistics should voters pay attention to?

“With virtually no regulations on polling practices, voters should be careful about the sources,” says Miori.

When used by campaigns or private companies with political leanings, polling should be looked at as advertising, she says. “Not only can biased pollsters influence the outcomes by asking skewed questions or select particular segments of the population to survey, but they can pick and choose the numbers that work in their favor.”

Even polls from unbiased sources have their failings, though “organizations that perform consistent polling and compare those results over time have a decent level of validity,” says Miori.

“Polling has its place, but in this political climate, poll results may be used more often to sway, rather than report upon, popular opinion,” she says.