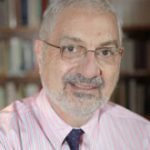 University of Michigan experts can comment on the implications of the death of Maj. Gen. Qassem Soleimani, Iran's top security and intelligence commander, who was killed early Friday in a U.S. drone strike at Baghdad International Airport.

Ronald Grigor Suny is the William H. Sewell Jr. Distinguished University Professor of history and professor of political science. He is also a senior researcher at the National Research University-Higher School of Economics in Saint Petersburg, Russia.

"While it is clear that Iran is not interested in a war with the United States, the killing of Qassem Soleimani makes war more likely," he said. "In the last few days before the assassination, the Iranians seemed to be pulling back, ending the seige of the U.S. Embassy in Baghdad, but now the action by the Trump administration has created an incredibly unstable and unpredictable situation, one applauded by anti-Iranian hawks like former National Security Adviser John Bolton and Israeli Prime Minister Benjamin Netanyahu.

"Why has the Trump White House and Pentagon decided to escalate this dangerous conflict, which began with the abrogation of the nuclear agreement with Teheran? One might fear that the crisis aids the president in his moment of vulnerability, when he has been impeached and faces a trial in the Senate, and when he is embattled in the upcoming presidential election. As he has done before, Trump is playing with fire, and in this case he appears to have chosen arson rather than a cool and careful strategy."

"By murdering Qassem Soleimani, the head of the Jerusalem (Quds) Brigade of the Iranian Revolutionary Guards Corps, Trump has brought the United States to the brink of war with Iran," he said. "Mind you, Iran's leadership is too shrewd to rush to the battlements at this moment, and will be prepared to play the long game. My guess is that they will encourage their allies among Iraqi Shiites to get up a massive protest at the U.S. embassy and at bases housing U.S. troops."

"We don't know very much yet about the decision to target General Soleimani—how much internal U.S. government deliberation there was or what consultation with allies took place—but it seems clear that congressional leaders were not consulted," he said. "This raises the possibility that, in part, this was an attempt to distract from new disclosures about internal emails related to the withholding of aid to Ukraine and decisions about how to proceed with the impeachment trial in the Senate."