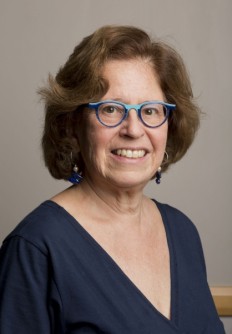 According to Richter Professor of Political Science Carol Nackenoff, the selection of Judge Neil Gorsuch to the Supreme Court will excite conservatives, but they should not expect him to be an exact replica of Antonin Scalia.

“Scalia wanted to write for a wide conservative audience and influence the next generation of conservative lawyers. His opinions were often witty, frequently deploying a lively sense of humor. He dominated questions from the bench in oral argument and was not very effective in persuading fellow justices, lobbing abrasive verbal attacks on the views-- and intelligence-- of colleagues. Since he was not a consensus-builder, a justice unlike Scalia in this regard might be more effective in persuasion.”

Nackenoff calls Gorsuch a “staunch defender of religious freedom who supported the Hobby Lobby decision,” while also noting that at 49, he is the youngest justice nominated to the Court since Clarence Thomas and could easily influence the Court for 35 years if confirmed. Gorsuch, supported by the Federalist Society, has clerked for moderate justices Byron White and Anthony Kennedy.

As for the impact on the current Court, she believes that replacing Scalia with another conservative changes relatively few decisions; she points to Scalia’s support for protesters who burn the flag as one of the exceptions. She notes that the next appointment stands to unravel a number of more liberal decisions. “However, given the intransigence of Senate Republicans when President Obama nominated Merrick Garland to the Court in March, Senate Democrats may turn to the filibuster. If a nominee lacking strong across-the- aisle support cannot be confirmed, the Court may continue with eight members for the foreseeable future – that is, unless Senate Republicans eliminate the filibuster for Supreme Court nominees.”