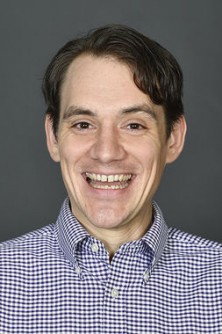 Newswise — MORGANTOWN, W.Va. – A West Virginia University sociologist is exploring whether a post-conflict Iraq, specifically the police force, can transition to a democracy.

“After wars like in Iraq, the people are restarting society and rebuilding institutions,” said Jesse Wozniak, assistant professor of sociology in the Eberly College of Arts and Sciences. “Especially in this case, they’re going from a dictatorship to hopefully a representative democracy, so I’m studying how they will do that.”

To examine if a situation like in Iraq, where the police were used to carrying out dictator demands, can transition to being fair and impartial, Wozniak conducted a factorial survey last summer on police and judges.

“It’s like a window to a larger government itself,” Wozniak said. “Police are the most concrete example of government, where rubber meets the road.”

Each participant received a pack of 50 short stories describing scenarios in which a prison guard tortured an inmate with different variables changed in each story, which were based on prison reports. The survey was paired with a graphic that asked the police and judges about their feelings toward democracy, if they felt safe in their jobs and if they feel they are targeted.

“A lot of these people are arresting terrorists, so by combining the survey and graphic, we can look at the experiences that drive people’s decision making,” Wozniak said. “This is a way where we can scientifically isolate what actually makes that decision.”

“Theoretically, almost all of them have had direct training by us or by people trained directly by us,” Wozniak said. “Even in the best case scenario, we know there will be these other factors that will influence people’s legal decision making for judges and police. It happens in America; it happens everywhere.”

Wozniak has completed similar research in the past, finding that one of the biggest predictors of sentencing was how afraid judges were for their own personal safety.

“We found this really interesting split between judges,” Wozniak said. “Judges that were afraid of terrorism gave harsh sentences to people who tortured suspected terrorists because they were afraid that this torture would invite a blow back and they felt unsafe, whereas those who felt safe gave very light sentences to those who tortured terrorists.”

Wozniak is also studying how to export democracy and the process of doing so.

“One of the growing subfields of post-conflict reconstruction studies is that it will never be the same,” Wozniak said. “Each place needs to be very narrowly tailored to that place.”

In the future, Wozniak aspires to build an interview project to further explore these ideas.

“We are looking at a country where the judicial system is still very young and can change quite a bit and does change quite a bit year-to-year, so there are many factors to think about,” Wozniak said. “The chance to get to watch an entire state being formed from essentially zero is a rare and interesting opportunity.”

As a graduate student, Wozniak studied the history of police forces, particularly examining how the forces come to be. For his dissertation, Wozniak lived in Iraq for about six months and he returns every few years.

“I think it’s very fascinating, not just police development but state development in general is happening,” Wozniak said. “Nobody writes down what happens on a day-to-day level because it’s not interesting history, so the chance to actually witness this process is rewarding.”

Wozniak is working with a collaborator at the University of Minnesota on the survey, Assistant Professor of Sociology Gabrielle Ferrales, and has a graduate research assistant, Lee Yan Song, who helped with the initial cleaning of the data and the preparation of the codebook.

“It really is amazing that (Wozniak) is willing to travel to Iraq every few years to maintain this very important research agenda,” said Lynne Cossman, chair of the Department of Sociology and Anthropology. “There are few places in the world where we can study policing in a post-war culture. Wozniak has been building this research agenda since his graduate career and is making important contributions in this field.”