The Brains of Congress 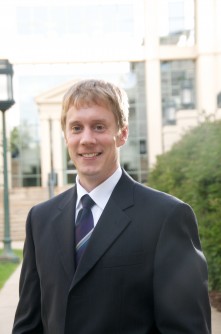 Newswise — Congress is showing a frustrating inability to figure out how to deal with federal spending cuts, but their behavior may not be so incomprehensible if you look at them as a bunch of people with bad teeth who need dental work.

William Hedgcock, assistant professor of marketing in the University of Iowa’s Tippie College of Business, says that, politics aside, our elected representatives’ behavior is consistent with what is known as trade-off avoidance, a human tendency to ignore difficult decisions that could lead to discomfort. “When you have two or more choices, choosing between them can cause negative emotions. This can lead people to put it off, even though not making a decision could be the worst decision you can make,” says Hedgcock, a decision neuroscientist who studies trade-off avoidance as part of his research into human’s decision making processes.

Congress is just such an example, recently passing yet another extension in the debt ceiling to delay a potential default on U.S. debt until mid-May. In the meantime, they have until February 27 to deal with more than $1 trillion in proposed budget cuts or else a series of painful and politically unpopular cuts—the sequestration—will take effect. The cuts were put in place in 2011 to force leaders to find less painful budget cuts and were supposed to have been dealt with by January 1, but were pushed back in part because Congress was reluctant to deal with them.

Hedgcock says Congress’ predicament isn’t unlike that of a dental patient who faces the choice of a root canal or a tooth extraction. For most people, he says the decision is emotionally fraught because both choices will cause great discomfort and probably cost a lot of money. Frequently, he says many people engage in trade-off avoidance and just skip the decision entirely, which only makes the tooth worse.

When viewed through a functional magnetic resonance image, or fMRI, Hedgcock says one part of the brain that responds when it’s dealing with trade-off avoidance is the amygdala, an area that is involved with negative emotions and fear conditioning. This is consistent with prior research that has shown people feel more negative emotions after making tradeoff decisions, as opposed to nontradeoff decisions.

“If they’re forced to make a trade-off, they feel horrible about it,” he says. “But if they don’t make any decision at all, they feel OK.”

Hedgcock says decision-making is further complicated by two additional factors: uncertainty and ambiguity. Uncertainty means we have an idea what the outcome of the decision will be and we know the probability of the outcomes. This comes into play for a dental patient, for instance, who will be reasonably sure that enduring a procedure will relieve the pain and be good for her in the long run.

Ambiguity is when we have no idea of the outcome of a decision or we do not know the probabilities, so we put off making a decision because we’re afraid of the result.It’s difficult enough contending with one of these factors when we make a decision, Hedgcock says. Congress, however, has to grapple with two or more at the same time: trade-off aversion because they know if they vote to cut billions of dollars in federal spending, then various programs that benefit constituents will be reduced and people will be harmed, but they’re not sure exactly how, and voters will also be angry and not vote for them; ambiguity because of other unintended effects with unknown probabilities.

Throw in politics as a factor—especially the particularly virulent atmosphere they face now—and we’re asking Congress to overcome some very basic human instincts at decision avoidance.

But it is possible to overcome this avoidance, Hedgcock says. Training helps military generals and corporate CEOs make very painful and difficult decisions. Re-interpreting a negative decision as a positive is also helpful—“it could have been worse”—but that’s difficult in an atmosphere where political opponents wait to interpret any decision as a negative.

One other often-successful method is to put in place a default choice so awful that nobody wants it to happen, and that will force them to do something else. Sort of like the sequestration.

"They did that, and clearly, it didn’t work,” Hedgcock says. “It might have been better if the default wasn’t so awful. In that case, tradeoff aversion might have been greater than the relatively smaller negative aspects of the default. This would make it more palatable to stick with the sequester if they hadn’t made it so painful.”