The Passion of Politics 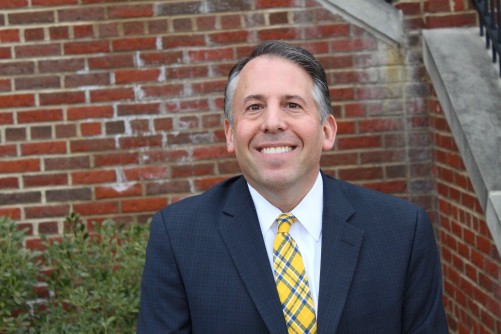 Newswise — Feeling disheartened after a meeting with his academic adviser in 1992, West Virginia University alumnus David Goldberg found himself walking the corridors of Woodburn Hall, pondering his future career path. He was surprised when then-Professor of Political Science Robert DiClerico approached him.

“I was shocked that he knew who I was,” said Goldberg, a 1994 political science graduate. “I told him about the conversation I had with my adviser, and I remember his face. It was empathetic; it was compassionate.”

DiClerico immediately pulled Goldberg’s file, informing him that he would now be his adviser. He told Goldberg he would have a bright future. From that day forward, Goldberg regularly met with DiClerico throughout his WVU career.

Goldberg is just one student among many DiClerico inspired in his 45-year career at WVU, but it was that conversation that led Goldberg and his family to donate to the Robert DiClerico Scholarship in Democratic Institutions and Public Leadership.

“When we heard (DiClerico) was retiring, my wife Noel (BA Psychology, 1993; MS Community Health Education, 1995) and I wanted to make a gift in his honor,” Goldberg said. “I wanted to thank him for making an investment in me but also the thousands of people he invested in.”

Garrett Burgess, a senior political science and world languages, literatures and linguisticsmajor, received the DiClerico scholarship during the 2016-2017 academic year. The scholarship supported his study abroad experience in Strasburg, France, where he learned about European legal and law institutions.

“Those experiences opened me up to European and U.S. relations and why it is really important to expand your horizons and study different areas of the world. The DiClerico scholarship allowed me to do that,” Burgess said. “This scholarship was crucial to my academic career because that same summer my father’s home was wiped out by a flood. It was extremely important for me to have that financial assistance.”

Burgess’s study abroad experience led to an internship with the state department in Latvia.

“Scholarships are important to students because they give them the opportunity to do something that they would not naturally do on their own. If it wasn’t for me going to Strasburg, I probably wouldn’t have been competitive for or interested in a state department internship,” Burgess said. “Encouraging students to expand their horizons gives them the opportunity to not focus so much on how they are going to afford their education, but instead, what they are going to do with their education.”

“The DiClerico scholarship has allowed me to work more with the population in prison education,” Harrison said. “It’s really shown me that people really care and invest in public service.”

The Goldbergs met while studying at WVU. After graduating, they moved to Washington, D.C., as David Goldberg began his career in the U.S. Senate’s Office of the Sergeant at Arms and Doorkeeper.

After leaving the Senate, David Goldberg transitioned to nonprofit organizations, working for the Order Sons of Italy in America and the Endocrine Society, where he organized fundraising and development initiatives and created a foundation. Most recently, he has worked in health systems and nonprofit management and is currently the senior vice president of Allegheny Health Network in Pittsburgh, Pennsylvania.

“It was that moment in 1992 when I needed someone that (DiClerico) turned the corner. That’s why Noel and I are making this gift, and we’re hoping that others will match us to do what’s right for those that need help, whether it’s through this fund or others,” David Goldberg said. “I think it’s important to give your time, your talent and your treasures. I am where I am because people invested in me, and I think it’s important to give back to your community.”

For more information or to support the Robert DiClerico Scholarship in Democratic Institutions and Public Leadership, visit secure.give.wvu.edu/DiClerico. The fund was established through the WVU Foundation which generates, receives and administers private gifts for the benefit of WVU.