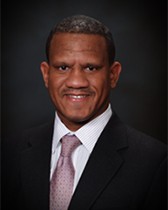 Tillery, associate professor and associate chair of the department of political science, specializes in American politics, political communication, political participation and race, ethnicity and politics. He can be reached at [email protected] or 574-514-5758.

In particular, Tillery can speak to Trump’s volatility and tone, Trump’s calling out of Arizona Sens. John McCain and Jeff Flake without naming them, his suggestion of pardoning controversial ex-Arizona Sheriff Joe Arpaio, his new assault on the media and his threat to shut down the government, among other topics.

Tillery quote on Trump’s attacks of McCain and Flake and Mitch McConnell:
“One noteworthy dimension of the president’s speech was the extreme level of contempt that he displayed towards the Republican establishment. With complete control of the federal government, President Trump has not been able to sign one signature piece of legislation during his first year in office. It is really bad politics and demonstrates that the White House is not functioning at peak strategic capacity.”

On bringing up Charlottesville:

“President Trump’s decision to further inflame racial tensions by revisiting his response to Charlottesville also makes it unlikely that the departure of former White House aide Steve Bannon will end speculation about Trump’s association with the alt-right.”

On Trump’s latest attack on the media:
“President Trump’s speech illustrated that he continues to approach the presidency like no other person who has held the office in the television age. There is no doubt that the damage President Trump is doing to the media as an institution within our democracy will be felt for many decades to come.

“While it is true that the president’s support is eroding among Republicans in the swing states of Michigan, Wisconsin, and Pennsylvania, his hardcore supporters in red states remain committed to him and skeptical of the mainstream media because of his incendiary comments.”