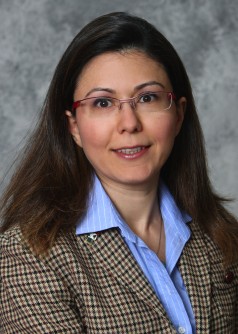 “As the United States retreats from its commitment to the Trans-Pacific Partnership, there are plenty of nations that are happy to fill that leadership gap in the global economic arena,” said political scientist Evren Celik Wiltse, who specializes in international political economy and development. “Particularly for China, this would be a godsend move, for it would mean its greatest competitor in Asia-Pacific is voluntarily departing from the field.”

Since World War II, the United States has been a strong supporter of market economy and free trade among nations, but the pullout reverses this longstanding US position, according to assistant professor Wiltse, who teaches at South Dakota State University. “The move toward isolationism will have significant economic, foreign policy and security consequences.”

Contact Wiltse for comment on the Trans-Pacific Partnership at 651-788-0886 or [email protected] As a Daschle Research Fellow, she works on the NAFTA at Twenty project. Her latest book, “Democratic Reform and Consolidation: the cases of Mexico and Turkey,” was released in 2015 by Colchester: ECPR Press.

Wiltse earned her undergraduate and graduate degrees from Bogazici University in Istanbul, Turkey, and her doctorate degree from the University of Massachusetts-Amherst. You can follow her on Twitter at @EvrenWiltse.