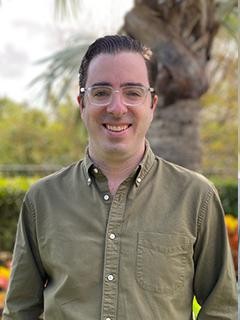 Michael J. Bustamante, associate professor of history and the Emilio Bacardí Moreau Chair in Cuban and Cuban-American Studies at the University of Miami, is an accomplished expert on Cuba and can speak to the U.S.-Cuba policy change announced yesterday by the Biden administration.

Bustamante's scholarship on topics such as Cuban exile youth politics and Cuban cultural policy has also appeared in Journal of American Ethnic History, Latino Studies, Cuban Studies, and the Oxford Research Encyclopedia of American History. His writing on contemporary Cuban affairs has been featured in Foreign Affairs, NACLA Report on the Americas, and The Washington Post, among other publications. In 2019, he joined the editorial board of the journal Cuban Studies.

Prior to pursuing academic work, Bustamante served as Research Associate for Latin America Studies at the Council on Foreign Relations in Washington, D.C. He is a frequently sought-after commentator on contemporary Cuban and Cuban-American politics for U.S. and international media. Likewise, he speaks frequently on U.S.-Cuban relations and Cuban affairs to public and policy audiences.