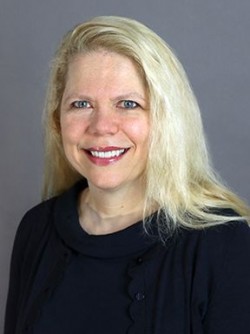 “Shocking” is how a law professor at West Virginia University describes the alleged leak of a draft majority opinion from the U.S. Supreme Court, first reported by Politico, which appears to strike down the landmark 1973 Roe v. Wade decision guaranteeing federal constitutional protections for abortion rights along with 1992’s Planned Parenthood v. Casey case which maintained those rights.

Anne Marie Lofaso, the Arthur B. Hodges Professor of Law at WVU’s College of Law, said she could not recall a time when an entire draft opinion was made public in this manner weeks, or possibly months, ahead of a final ruling.

“The leak may have tainted the decision. Typically, there would be many edits to a decision like this during circulation. Once the decision is issued, people will naturally compare the draft with the final opinion. This further weakens our trust in the Supreme Court. It’s like pulling the curtain and realizing the wizard is just a person with human frailties, no more and no less than you or me. This underlines, for all of us to see, that the law is arbitrary. It truly is just what a very few people decide it is going to be.”

“Twenty-two states currently have a ban or near-ban (eight weeks or less) on abortion that is unenforceable because of Roe. If Roe and its progeny (Casey in particular) were to be overturned, then those bans would become immediately effective. West Virginia currently has a pre-Roe ban that remains on the books and the state constitution does not protect women’s reproductive rights.”

“There may be some litigation as to whether these laws would go into effect immediately or whether they would have to be re-affirmed by the state legislatures but, at most, that would delay rather than halt implementation.”