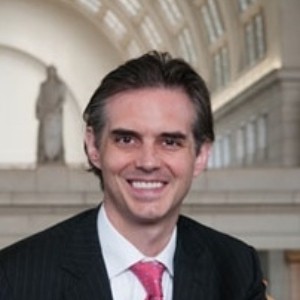 A tale of two economies: the Covid-19 response from India and China

What can we glean from the China experience in terms of what recovery could look like? To explore this, Doug Guthrie, head of China initiatives at the Thunderbird School of Global Management, joins the conversation.

The age of cooptation: The high cost of doing business in Xi’s China

It was interesting to hear Galloway’s take on China because it reflects my own conclusions about doing business in China in the era of Xi Jinping.

Expert analysis by Thunderbird's Doug Guthrie: Potential Impacts of Coronavirus (covid19) and the Cost of Doing Business in Xi's China

“In the initial stages everybody was slow on this, including China,” said Doug Guthrie, director of China Initiatives for Arizona State University’s Thunderbird School of Global Management. “China missed it for about three weeks and there was some suppression of information. Despite the missteps in the early stages, the government has been unbelievably adept in the last four weeks' response to this. If you just look at the numbers as they’ve peaked and gone back down it’s a really, really powerful story about how effective the government has been in dealing with these issues.”

"Now that’s a really powerful thing because that actually means that building, rebuilding manufacturing in America is not just about cheap labor and opening the borders, it’s also about rebuilding vocational education," he said.

- Fixture Zone: Manufacturing In Phoenix During The COVID-19 Crisis

“When we talk about Alibaba and Tencent of the world, and people, of course, know those stories of what's happening with TikTok. These are not just stories that are about some high-tech companies that have grown big and been powerful. These are high tech companies that have really helped the Chinese government with the fourth industrial revolution around things like AI and high-tech development and ultimately, the sort of dividing of the world”.

“People aren't going anywhere; people are not leaving their houses and they are just staying where they are. And China may have been slow on the uptake of reporting what was going on and they may have had a lot of decentralized governments including officials in hand, who just didn't actually let people know what was happening but once they realized what was happening, they would quit.”