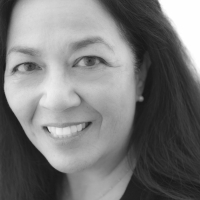 Professor of Women’s and Gender Studies

From 'Shang-Chi' to 'Cowboy Bebop': How Asian representation has changed in film and TV