$17M Gift Supports Research on the Path From School to Work 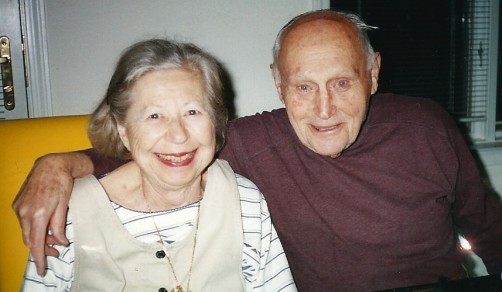 The late Lillian R. and Hymen T. Milgrom provided a $17 million gift to fund research on successful pathways from school to work at the University of Chicago.

Newswise — A major new research initiative at the University of Chicago will examine and develop ways in which public education can help urban children become more highly skilled and more successful as adults.

Funded by the Hymen Milgrom Supporting Organization, the “Successful Pathways from School to Work,” initiative will support research on making public education in Chicago and urban centers effective in bringing students successfully to the work place and to productive lives. The Hymen Milgrom Supporting Organization, created with a $17-million gift from the estate of Hymen T. Milgrom, AB, Accounting, ‘35, was established to help achieve this goal under the leadership of the University of Chicago.

Already, the new initiative—supported by the Division of the Social Sciences as a key piece in the University’s portfolio of urban research and scholarship — has awarded $1.2 million in grants to study what is most effective in early childhood intervention programs for long-term outcomes and how well vocational training in Chicago Public Schools contributes to future career success. It expects to announce another $2 million in grants this year.

The initiative is also funding the creation of an innovative new database that will help connect student performance information from Chicago Public Schools with data from the census, foster care system, criminal justice system and employment markets, providing a rich resource for scholars who want to understand how schooling affects other outcomes for disadvantaged youth.

“The University of Chicago is committed to building on its leadership in the field of urban education. This initiative will open a new window for scholars who want to explore the long-term effects of schooling, and the ways in which educational decisions relate to other challenges facing young people in our cities,” said Robert J. Zimmer, President of the University of Chicago. “We are deeply grateful for Hymen Milgrom’s devotion to helping the disadvantaged and his family’s dedication to bringing his vision to fruition.”

Stephen Raudenbush, the Lewis-Sebring Distinguished Service Professor in Sociology and the Harris School of Public Policy Studies, and chair of the Committee on Education, said it is important for scholars of education to look beyond graduation, especially for students who face significant challenges in many aspects of their lives.

“We’d like to see our schools as a catalyst to connect these children to the modern economy,” Raudenbush said. “Research funded by the gift from Hymen Milgrom will seek the answers to questions about how schools, starting in pre-kindergarten, can become more effective in fostering the skills that are most essential for keeping children in school, developing the good life skills needed to advance their education to graduation from high school and continuing their education, whether it be college or a vocational experience that eventually leads to stable, productive employment.”

The Successful Pathways from School to Work funding is being awarded through a competitive, peer-review process. The initiative will fund a broad range of study types, but particularly interventions that happen at two pivotal stages: those that occur very early in a child’s life (pre-elementary or elementary school years) that show the potential to help a child who might otherwise be at high risk of entering high school with poor academic and non-academic skills; and interventions that occur later during the secondary school years, which may help a student with low skills successfully transition into the labor market.

“My father was a very pragmatic man and thought that the most important factor in people doing well in life was to get a good education. He was very concerned that the disadvantaged kids in Chicago were not getting a good public education and the necessary tools to succeed in the work place or go on to college,” said Paxton Quigley, the daughter of Hymen Milgrom. “The family continues to be concerned,” she said. “We hope this gift will lead to innovative changes in the education system in public schools.”

Mr. Milgrom, a lifelong Chicago resident, died in 2011 at 97 years old. He was the president and founder in 1937 of Milex Products, Inc., a women’s medical health care company, and later of Budlong Press, a medical publishing house. His daughter said Mr. Milgrom, the son of poor immigrants,” was always grateful for the opportunity to study and gain a good education at the University of Chicago.”

Raudenbush said recent studies estimate that about 35 percent of all Chicago ninth-graders will drop out of school before receiving a high school diploma. Of those who graduate, another 30 percent have extremely low grade-point averages, indicating not only poor academic skills but also poor attendance and difficulty completing work.

A portion of the funds are allotted for pre-doctoral students at UChicago who are working closely with their faculty mentors on projects lasting up to two years. The remaining funds will be granted to faculty members leading research projects of up to three years in length. Researchers outside of UChicago are also included in the projects to create a network of scholars and educators who are addressing the gap between skills and demands in the workforce.

Thirteen faculty and six student-led projects already have been funded for this first year of an expected 10-year program. The research will address issues such as how schools can become more effective in fostering the essential skills for labor market success; how schools can improve skills like persistence, attendance, completion of assignments on time; and how to help students envision and successfully carry out plans that will lead to stable, productive employment following high school graduation, whether through college or vocational training.

Raudenbush said planning is under way for a public presentation later this spring that will highlight work undertaken by the initiative.Faculty grants focusing on early experiences that can get children on track for success are being conducted by:

Susan Goldin-Meadow and Susan Levine: “A Longitudinal Study of Linguistic Input to Children at Risk: Does it Have an Impact on Later Higher Order Thinking?”

James Heckman and associates: “Understanding and Comparing the Mechanisms Producing the Impacts of Major Early Childhood Programs with Long-Term Follow-Up”

And Derek Neal and Robert Goerge (Chapin Hall at UChicago) have a grant to create the University of Chicago Pathways to Adulthood Data Enclave that will connect information from a variety of sources to provide future researchers with a more complete description of the transition from school to adult life for Chicago Public School students.

Marshall Jean (Sociology): “Can you ‘Work Your Way Up?’ Examining the Relationship Between Ability Grouping and Student Learning Behaviors”

A request for proposals for 2014 grants will be issued on Jan. 30. There will be fewer faculty grants, but for larger dollar amounts the research must focus on interventions to solve the problems outlined. Raudenbush said he hopes to receive a broader range of proposals from doctoral students. Letters of interest describing proposed projects are due April 1, 2014.

For more information about the “Successful Pathways from School to Work” initiative, please visit this website: successfulpathways.uchicago.edu.