A step towards quantum gravity

In Einstein’s theory of general relativity, gravity arises when a massive object distorts the fabric of spacetime the way a ball sinks into a piece of stretched cloth.

Antarctica's ice shelves could be melting faster than we thought

A new model developed by Caltech and JPL researchers suggests that Antarctica's ice shelves may be melting at an accelerated rate, which could eventually contribute to more rapid sea level rise.

Scientists at Queen Mary University of London have made two discoveries about the behaviour of 'supercritical matter' - matter at the critical point where the differences between liquids and gases seemingly disappear.

Researchers have created a mathematical model to predict genetic resistance to antimalarial drugs in Africa to manage one of the biggest threats to global malarial control.

How can biodiversity be preserved whilst securing the economic livelihood of smallholder farmers growing vanilla in Madagascar?

New tools can operationalize equity in 239 e-scooter and bike share programs across the U.S.

If science and nature were to have a baby, it would surely be the zeolite. This special rock, with its porous structure that traps water inside, also traps atoms and molecules that can cause chemical reactions. 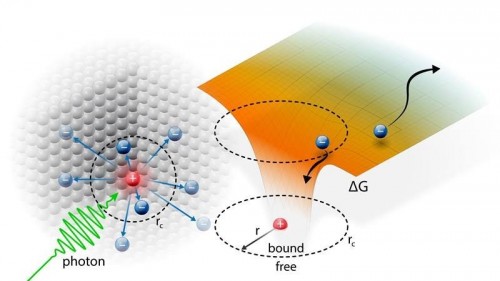 Testosterone can foster friendly, prosocial behavior in males, a new animal study finds. The Proceedings of the Royal Society B published the research on Mongolian gerbils conducted by neuroscientists at Emory University.

Breakthrough in search for tinnitus cure

After 20 years searching for a cure for tinnitus, researchers at the University of Auckland are excited by ‘encouraging results’ from a clinical trial of a mobile-phone-based therapy.

Canadian study found 7.3% of pregnant women experienced health events requiring time off work or school or needing medical attention, such as headaches, fatigue and a general feeling of being unwell, within a week after dose two of a COVID-19 mRNA vaccine, compared to 11.3% of vaccinated non-pregnant women.

Among children born at term (37–41 weeks), those born before 39 weeks are more likely to experience symptoms associated with attention-deficit/hyperactivity disorder (ADHD), according to a study by Rutgers Robert Wood Johnson Medical School.

Photographs shared by members of the public, via Facebook and nature-watching network iNaturalist, helped scientists assess how the species is faring around the Aotearoa New Zealand mainland.

Julie Louise Gerberding, M.D., former director of the Centers for Disease Control and Prevention (CDC), and Martine Rothblatt, Ph.D., chairperson and CEO of United Therapeutics Corp. (Nasdaq:UTHR), were elected by the Mayo Clinic Board of Trustees as public trustees at its quarterly meeting on Aug. 12. They will join the Board of Trustees effective Nov. 10.

A new way to control pain after knee replacement surgery

Houston Methodist researchers present clinical evidence supporting the safety and efficacy of injecting pain medication directly into the tibia during knee replacement surgery for better postoperative pain management. The study revealed patients receiving a mixture of morphine and vancomycin injected into the shin bone have less pain post-surgery than those who received the infusion without morphine during surgery.

The claim that the new CDC guidelines prove that the authorized vaccines for COVID-19 do not provide any protection is false.

A reporter's PressPass is required to access this story until the embargo expires on 15-Aug-2022 9:00 AM EDT The Newswise PressPass gives verified journalists access to embargoed stories. Please log in to complete a presspass application. If you have not yet registered, please Register. When you fill out the registration form, please identify yourself as a reporter in order to advance to the presspass application form. 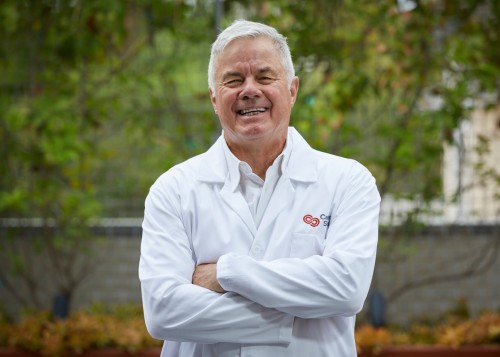 When it comes to COVID-19 immunity, antibodies do not tell the whole story, according to Cedars-Sinai professor of Medicine Stanley C. Jordan, MD.

Scientists from the Terasaki Institute for Biomedical Innovation (TIBI) have developed a contact lens that can capture and detect exosomes, nanometer-sized vesicles found in bodily secretions which have the potential for being diagnostic cancer biomarkers.

An artificial intelligence (AI) algorithm that can detect subtle brain abnormalities which cause epileptic seizures has been developed by a UCL-led team of international researchers. 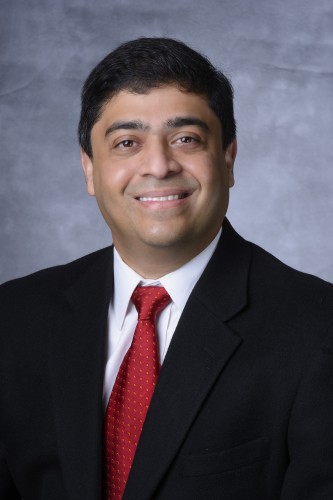 The targeted therapy pralsetinib was well-tolerated and demonstrated high response rates in patients with RET gene fusions regardless of tumor type, according to results from the Phase I/II ARROW trial. 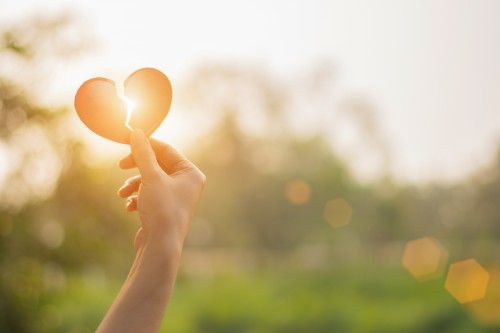 Support Yourself and Others while Experiencing Grief during the Cancer Journey

Social Worker at Rutgers Cancer Institute of New Jersey shares tips for both patients and caregivers on managing grief during the cancer journey. 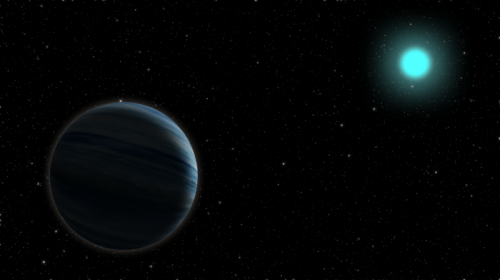 Over the last 25 years, astronomers have found thousands of exoplanets around stars in our galaxy, but more than 99% of them orbit smaller stars — from red dwarfs to stars slightly more massive than our sun, which is considered an average-sized star. 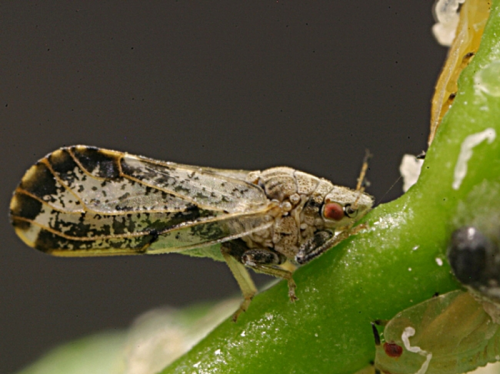 In one of the largest follow-up studies to date, involving 25 pediatric hospitals, more than a quarter of children and adolescents hospitalized with coronavirus infection early in the pandemic still had health problems two to four months later, either persisting symptoms or activity impairment. 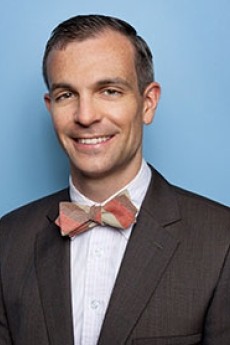 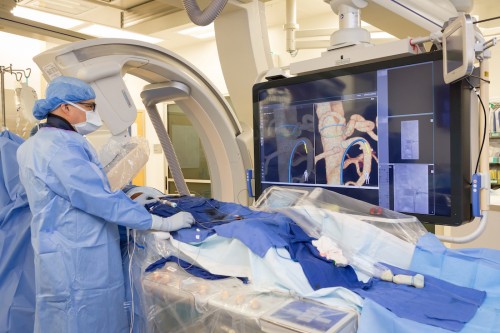 In a paper published in JAMA Network Open, physician-scientists assessed how pregnancy-related complications and obstetric outcomes changed during the COVID-19 pandemic compared to pre-pandemic.

Two biomedical imaging technologies developed with support from the National Institute of Biomedical Imaging and Bioengineering (NIBIB) have been cleared for clinical use by the Food and Drug Administration (FDA). Both technologies offer advances in computed tomography (CT).

The August issue of SLAS Technology is now available Open Access on ScienceDirect.

A reporter's PressPass is required to access this story until the embargo expires on 17-Aug-2022 5:00 PM EDT The Newswise PressPass gives verified journalists access to embargoed stories. Please log in to complete a presspass application. If you have not yet registered, please Register. When you fill out the registration form, please identify yourself as a reporter in order to advance to the presspass application form.

Ashish Shah, M.D., has assumed the newly created position of director of clinical trials and translational research and principal investigator in the Section of Virology and Immunotherapy at Sylvester Comprehensive Cancer Center’s Brain Tumor Initiative (BTI) at the University of Miami Miller School of Medicine. Dr. Shah, who calls himself a “quadruple ’Cane,” returns to the site of his undergraduate studies, medical school, and residency as a faculty member. This follows a year-long fellowship at the National Institutes of Health, where he focused on clinical trial design and translational neuro-oncology.

A reporter's PressPass is required to access this story until the embargo expires on 19-Aug-2022 10:00 AM EDT The Newswise PressPass gives verified journalists access to embargoed stories. Please log in to complete a presspass application. If you have not yet registered, please Register. When you fill out the registration form, please identify yourself as a reporter in order to advance to the presspass application form. 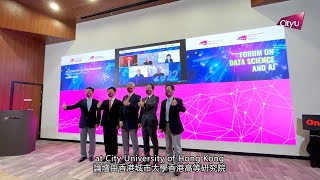 Distinguished scholars from around the world gathered at the HK Tech Forum on Data Science and AI (DSAI) from 26 to 27 July to address challenging issues in driving data science and AI technology for the benefit of society. 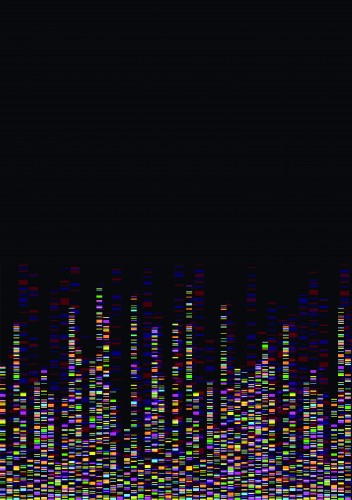 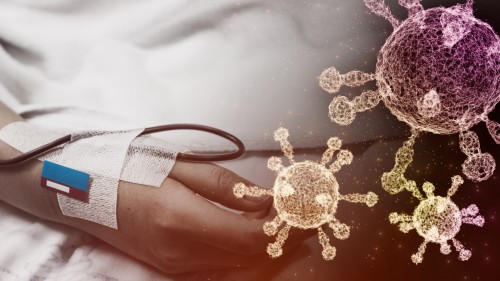 Individuals with blood-related cancers are more likely to experience a COVID-19 infection even after being vaccinated, a University of Kansas Cancer Center study has found.

A new study published by University of Kentucky Markey Cancer Center researchers suggests that the common steroid betamethasone could be used to reduce unwanted side effects of radiation treatments for prostate cancer.

A reporter's PressPass is required to access this story until the embargo expires on 15-Aug-2022 11:00 AM EDT The Newswise PressPass gives verified journalists access to embargoed stories. Please log in to complete a presspass application. If you have not yet registered, please Register. When you fill out the registration form, please identify yourself as a reporter in order to advance to the presspass application form. 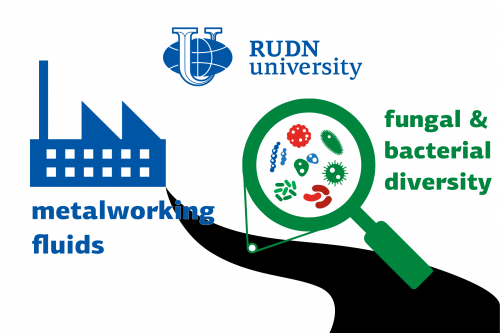 RUDN biologists have studied microorganisms that can survive in metalworking fluids. The results will allow “picking up” bacteria and fungi that can process toxic waste fluids into a harmless product.

Breast cancer cells use forces to open up channels through tissue 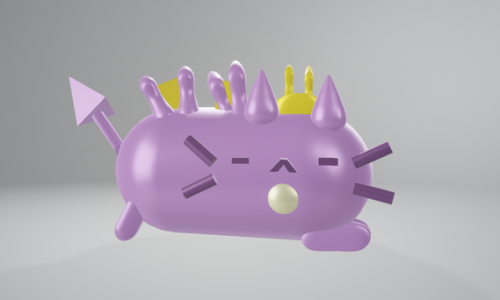 Gamified education could be the key to boosting STEM capabilities in primary school students as new research from the University of South Australia shows that it can improve spatial reasoning skills and shape positive attitudes towards STEM and design thinking. 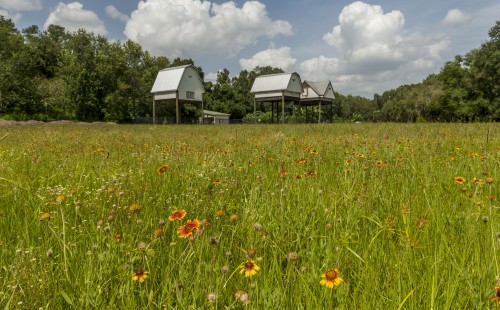 The university is home to the world’s largest occupied bat houses, a trio of raised structures located on campus across from Lake Alice on Museum Road. Together, two of these houses shelter an estimated 500,000 bats — possibly the biggest bat colony east of the Mississippi River. Crowds gather regularly to watch the twilight spectacle of bats streaming from the houses to hunt insects under the cover of darkness. Now, with the oldest and most densely occupied bat house dilapidated beyond repair, UF staff will attempt to woo its residents into the newest bat barn, which has remained devoid of bats since its construction in 2017.

As SARS-CoV-2 has evolved and mutated, therapeutic antibodies that worked early in the pandemic have become less effective, and newer variants, especially Omicron, have developed ways to evade the antibodies we make in response to vaccines.

Researchers from the Manchester Institute of Biotechnology (MIB) have developed a new enzyme engineering platform to improve plastic degrading enzymes through directed evolution.

Increasingly, global food production is being threatened by the effects of climate change. As floods, droughts, and extreme heat waves become more common, crops need to be able to adapt faster than ever.