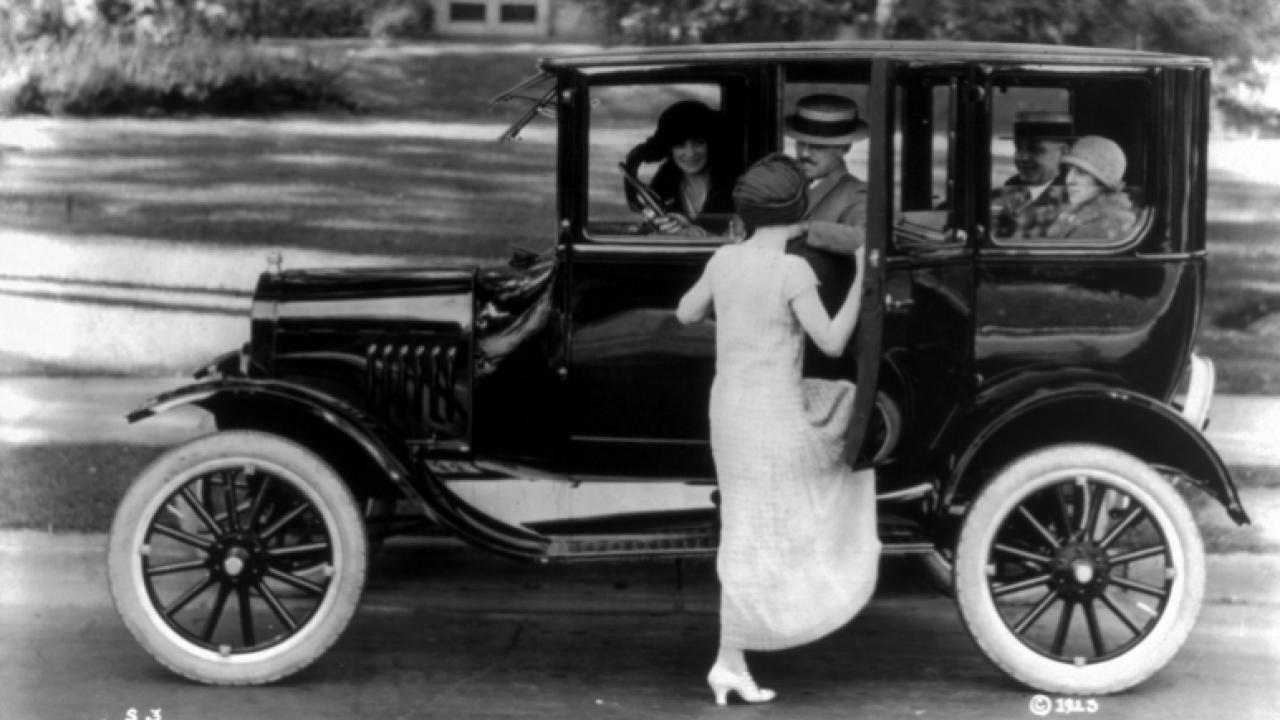 Credit: Photo courtesy of the Library of Congress.

Newswise — The Center for Western Studies (CWS) has issued a call for paper and panel proposals on the topic of "The Roaring Twenties... Again?" as part of the Dakota Conference, which will be held on April 24-25, in the CWS Fantle Building on the Augustana University campus.

This year's Dakota Conference will commemorate the centennial of the start of the 1920s, drawing connections between that decade and the one starting in 2020.

Although the Twenties began with an economic downturn, they ushered in a period of technical innovation such as automobiles, electric lights, cinema, phonographs and telephones. The decade also marked the start of Women's Suffrage, popularizations of sports, Prohibition, political corruption, social scandal, organized crime, nativism, reemergence of the KKK, urban/rural divide, science vs. fundamentalism, exploitation of the West by mining companies and stock market highs and lows ending in the Crash of 1929 followed by the Dust Bowl and the Great Depression.

The 2020s are shaping up to be a time of tweets, cyber-warfare, artificial intelligence, gun terrorism, middle-class financial squeeze, lawlessness, incivility, racism and pollution.

"With the ratification of the 19th Amendment in 1920, extending the right to vote to women nationally, the organizers of the Dakota Conference, now in its 52nd year, will be examining the impact of Women's Suffrage in South Dakota and the Northern Plains region generally," said Dr. Harry Thompson, executive director, Augustana's Center for Western Studies. "Demographic experts indicate that women voters will decide all the major political races in 2020, most notably the presidency."

Featured speakers at the Dakota Conference include the editors of a new collection of essays on women's right to vote. Lori Ann Lahlum, Minnesota State University Mankato, and Molly P. Rozum, University of South Dakota, editors of "Equality at the Ballot Box: Votes for Women on the Northern Great Plains," will discuss the history of women's struggle to earn the right to vote in the Northern Plains and the importance that victory has for the region today. The book is published by the South Dakota State Historical Society Press.

The CWS is also observing the 400th Anniversary of the landing of The Mayflower at Plymouth, Massachusetts, marking the start of The Great Migration. Concerns about immigration during the 1920s mirror those of today. The passage of the Johnson-Reed Act and other laws in the 1920s reduced immigration by 90 percent. The 2020s beg the question of whether America will have a comprehensive immigration policy.

Thompson said, "The national observance of the landing of The Mayflower will provide the occasion for conference presenters and attendees to consider the historical and continuing impact of this mass migration from England on Native American people and issues of migration to America at our border with Mexico."

Paper and session proposals by the general public on these and other topics related to the Dakotas, Minnesota, Iowa, Nebraska, Wyoming and Montana are welcome.

The deadline for proposals for papers and panels is Friday, Feb. 14. Presenters are encouraged to submit their proposals using our online submission form or by sending an email with your contact information, the presentation title, a brief summary and biographical sketch to [email protected].