After 125 Years, There Is Still No Joy in Mudville. 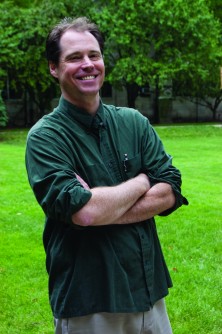 Newswise — June 3, 2013 will mark the 125th anniversary of the first publication of Ernest Lawrence Thayer's classic American poem, "Casey at the Bat," in the San Francisco Examiner. Why have these 52 lines remained so popular over time that even casual fans of both baseball and poetry can recite many of them by rote?

According to Dan Anderson, a visiting professor of English at Dominican University in River Forest whose research focuses on baseball and modernism in American literature, despite a few iambs of archaic language, the scene it sets translates into modernity quite well: "America's pastime, the designated hitter, steroids, and a few other intrusions notwithstanding, has remained relatively unchanged. The imagery of the poem — the brawny batsman, the hated umpire, the unruly crowd — resonates just as strongly today as it did in 1888."

After earning his bachelor's in journalism from Northwestern University, Anderson worked as a newspaper sportswriter and editor before returning to school for his master's and PhD in English, from Boston College and University of Minnesota, respectively. He has published on the formation and cultural importance of the Negro baseball leagues and has presented at the Annual Baseball in Literature and Culture Conference. His next research project will focus on the writings and impact of famed sportswriter-turned short story author Ring Lardner.