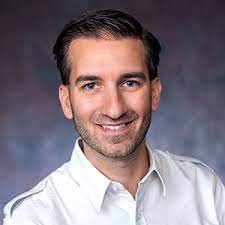 WHAT: Available to speak about the election of Boris Johnson in the UK and Brexit

Filippo Trevisan joined American University's School of Communication in August 2015. After working as a reporter for Italy's largest private news agency in Rome, he completed his PhD and worked as a post-doctoral researcher at the University of Glasgow in Scotland. His research explores the impact of new media technologies on advocacy, activism, and political communication. He is the author of "In Italy, fake news helps populists and far-right triumph," published by The Conversation.

“Boris Johnson’s premiership opens a new phase in British politics, one in which Brexiteer politicians finally own what they have created. Now that they are in charge, they will no longer be able to blame others for any failures in delivering a successful Brexit. For all his optimism, Johnson has set himself a formidable challenge by raising unrealistic expectations on which he and his government are going to be judged at a time in which he can’t afford to take the support of his own party for granted and Scotland is looking more likely than ever in recent history to break away from the union. Depending on how this unfolds over the coming weeks, it is possible that the UK will be heading for a general election in the fall.”

On Johnson’s similarities with Donald Trump:“One important similarity between Boris Johnson and Donald Trump is that both of them seem always willing to say whatever it takes to win. Each has their style, calibrated on the British and American publics, but no topic is taboo and they both enjoy stoking controversy in ways that endear them to their base and enables them to control the agenda.”