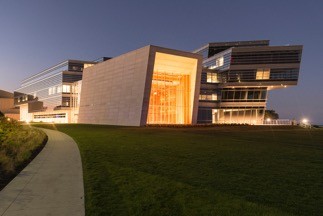 The Ryan Center for the Musical Arts in Evanston

Newswise — EVANSTON – The Bienen School of Music at Northwestern University invites nominations for the 2018 Michael Ludwig Nemmers Prize in Music Composition. The biennial prize will be awarded in spring 2018.

The award honors contemporary composers of outstanding achievement who have significantly influenced the field of composition. Nominees must show a unique creative voice as well as highest-level achievement in a substantial and continuing body of work.

The prize includes a $100,000 award and a performance by the Chicago Symphony Orchestra. Recipients are expected to complete two to three nonconsecutive weeks of residency interacting with students and faculty at the Bienen School of Music.

The Nemmers Prize is awarded without regard to citizenship or institutional affiliation; however, former or present members of the Northwestern University faculty or employees of the Chicago Symphony Orchestra are not eligible. Self-nominations will not be accepted.

Letters of nomination describing the nominee’s professional accomplishments will be accepted until Feb. 1, 2018. Letters should be no more than two pages in length. Please send nominations by email to [email protected] or mail to: