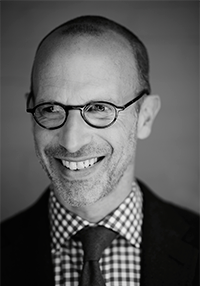 Newswise — CHAPEL HILL, NC – M. Lindsay Bierman, editor in chief of Southern Living magazine, has been elected chancellor of the University of North Carolina School of the Arts by the Board of Governors of the 17-campus University of North Carolina. UNC President Tom Ross placed Bierman’s name in nomination today (April 11) during the board’s regular April meeting. Bierman, 48, will assume his new duties August 1, succeeding James Moeser, who has served as interim chancellor since John Mauceri stepped down from the post last June.

In recommending Bierman to the Board of Governors, Ross said: “Lindsay Bierman brings to the role of chancellor a rare combination of business and management acumen, strategic thinking, and innovation and creativity. An architect by training, he has accumulated a wealth of leadership experience as an award-winning designer, magazine editor, and business executive. A passionate and life-long advocate for the arts, he has proven himself to be resourceful, collaborative leader who pushes creative boundaries, expects nothing short of excellence, and leads by example. He has also earned a reputation for great integrity, sound judgment, and the ability to turn big challenges into big opportunities. I am convinced that Lindsay Bierman has the right mix of experience, expertise, skills, and passion needed to be a truly great chancellor for the UNC School of the Arts, and I am thrilled that he has agreed to join our leadership team.”

Bierman has served as editor in chief of Southern Living since August 2010. In that role, he oversees the editorial vision and content for the eighth-largest monthly paid magazine in the country, with regional and tablet editions reaching 18 million consumers each month. He is also responsible for the strategic development of the iconic Southern Living brand, ensuring that a diverse array of special editions, books, digital enterprises, licensed products, and consumer events reflect the brand’s core mission and values.

A Michigan native, Bierman graduated from Georgetown University in 1987 with a bachelor’s degree in history and French and later earned a master’s degree in architecture from the University of Virginia (1993). He also studied abroad at the Institut d’Études Sciences Politiques de Paris and completed internships at Sotheby’s, the National Gallery of Art, and on Capitol Hill.

Bierman began his career as a designer, researcher, and writer for the renowned New York firm Robert A.M. Stern Architects (1987-90; 1995-96). He also wrote for Architecture and Interior Design magazines.

In 1997, Bierman moved to Birmingham, Ala., to join Time Inc., as the first design editor of Coastal Living. He was soon tapped as design director of Southern Accents and was named executive editor two years later (2000-02). He then became founding executive editor of Cottage Living (2002-08), directing all phases of creative development and execution for the launch of a brand-new national lifestyle magazine Adweek named “2005 Startup of the Year.”

Bierman returned to Coastal Living in 2008 as editor in chief, and over the next two years, rebuilt and repositioned the brand, improving reader satisfaction and achieving dramatic improvements in content and design. He joined Southern Living as deputy editor in early 2010 and was promoted to editor in chief later that same year.

Under Bierman’s direction, Southern Living has changed with the times and is thriving in a challenging business climate. He has led a top-to-bottom redesign of the magazine’s print platforms that has increased readership and reader satisfaction. In addition to expanding the brand’s digital platforms with the debut of tablet editions, a how-to video series, and an award-winning website redesign, he has conceived and launched new franchises including the ‘Cue Awards, the South’s Best Tailgate, and the Biscuits & Jam concert series. He and his team have collaborated with major retailers such as Home Depot, Ballard Designs, and Dillard’s to create hundreds of Southern Living-branded products. His team has won more than two dozen first-time industry awards.

The University of North Carolina

The oldest public university in the nation, the University of North Carolina enrolls more than 220,000 students and encompasses all 16 of North Carolina’s public institutions that grant baccalaureate degrees, as well as the NC School of Science and Mathematics, the nation’s first public residential high school for gifted students. UNC campuses support a broad array of distinguished liberal-arts programs, two medical schools and one teaching hospital, two law schools, a veterinary school, a school of pharmacy, 11 nursing programs, 15 schools of education, three schools of engineering, and a specialized school for performing artists. The UNC Center for Public Television, with its 11-station statewide broadcast network, is also under the University umbrella.

UNC School of the Arts

As America’s first state-supported arts school, the University of North Carolina School of the Arts is a unique stand-alone public university of arts conservatories. With a high school component, UNCSA is a degree-granting institution that trains young people of talent in music, dance, drama, filmmaking, and design and production. Established by the NC General Assembly in 1963, the School of the Arts opened in Winston-Salem in 1965 and became part of the University of North Carolina system in 1972. For more information, visit www.uncsa.edu.